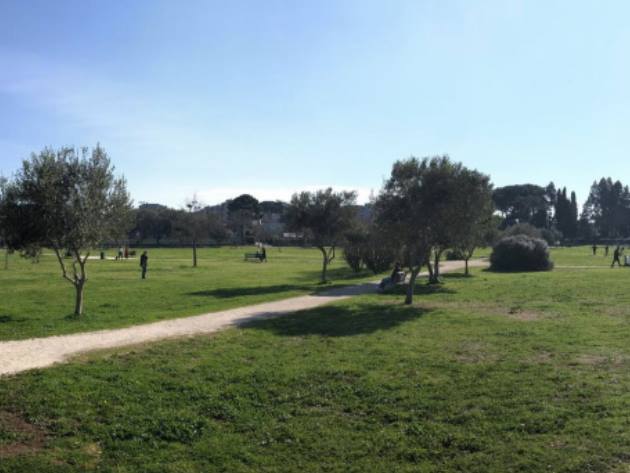 The villa houses an important archaeological area. The 13-hectare park is the green spot of the densely populated Prenestino-Labicano district and has an ancient and important history. In Roman era it was known as "ad Duas Lauros" and it was part of the properties of Elena, mother of the Emperor Constantine; the mausoleum dedicated to her is still visible.

From the gate located on Via Casilina, a short avenue, with rocks and seats in tuff and shaded by cypresses, the only testimony of the original structure of the garden, leads to Villa De Sanctis, a simple sixteenth-century-inspired building built on two floors, with a one turret-terrace and a porch annexes. The external walls are decorated with a sundial and marble fragments with epigraphs from the Roman era, which testify how, in ancient times, the place was a pilgrimage destination.

The Mausoleum of Saint Elena, whose distinguishing features are its circular structure and the construction technique typical of the late Roman period, is in fact one of the peculiarities of the park, together with the Catacombs of Saints Marcellino and Pietro. These  catacombs, third by extension after those of San Callisto and Domitilla, house some frescoes in excellent condition.

The lovely green area is ideal for walking and jogging: a cycle path and a network of pedestrian paths with rest areas, areas equipped with gymnastic paths and games for children flank the adjacent archaeological areas. Between the building of the villa and Via Casilina, there is a small pine forest with flowerbeds surrounded by boxwood and, not far away, a modern fountain with rocks and papyrus. The greenery is rich in mainly Mediterranean essences: olive trees, cypresses, poplars, English oaks, prunus and dwarf palms.

After an important redevelopment project, completed in 2010, the lighting system was overhauled and upgraded, an anti-vandal irrigation system was created - the first in Rome with these characteristics - and a free car park with a capacity of 140 spaces was built, shielded by cypresses and cherry blossom trees. 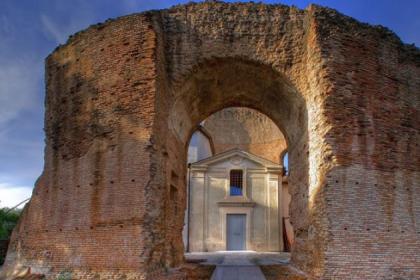 The Mausoleum of Sant'Elena
Monuments 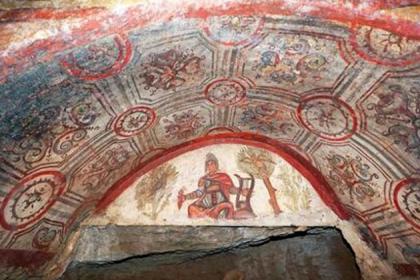 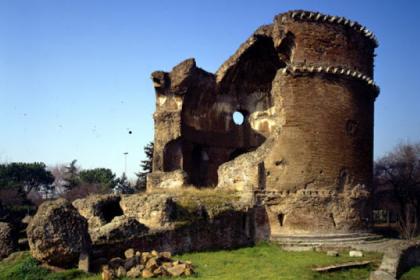