The terraces of the Vittoriano | Turismo Roma
Skip to main content

The terraces of the Vittoriano 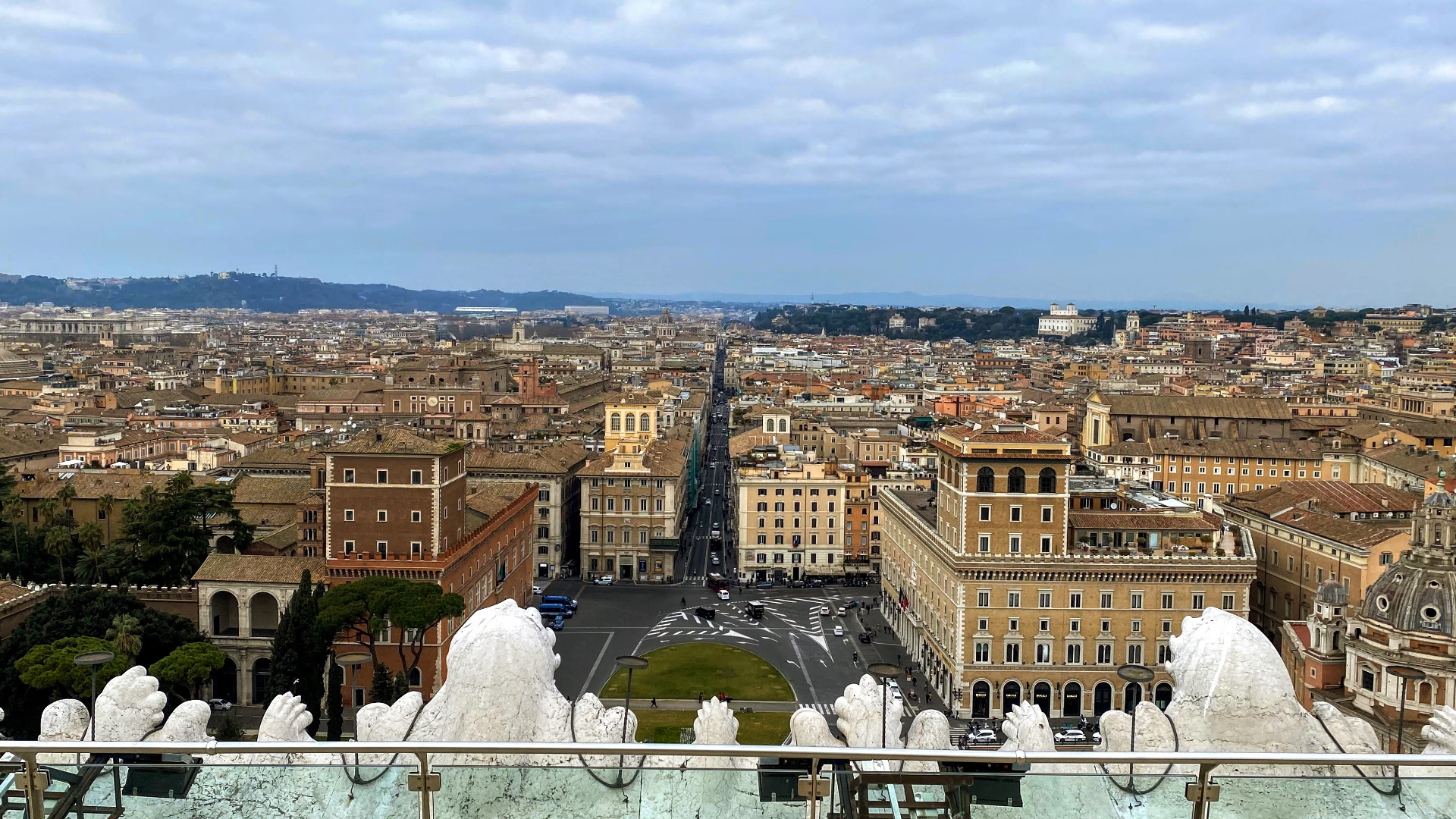 From the top of the Quadrighe Terrace, you can enjoy a truly breathtaking view.

Two panoramic elevators in steel and crystal, inaugurated in 2007, allow you to reach, in just 35 seconds, the highest point of the Vittoriano Complex, which is 80 meters high on Piazza Venezia. From here, you can admire all of Rome and recognize its palaces, churches, and monuments. The view ranges from the magnificence of the Colosseum and the Imperial Fora to the churches of the historic center, from the Tiber to the Jewish Ghetto, from Piazza del Campidoglio to the Quirinale, and from the modern EUR district to the Castelli Romani.

The splendid terrace takes its name from the two 11-meter-high bronze quadrigae placed on the top of the two propylaea between 1924 and 1927. On the left, you can admire the Quadriga dell'Unità by the Carrarese sculptor Carlo Fontana. The sculptural complex depicts a classic Victory with outstretched wings and a laurel wreath. It proceeds on a chariot pulled by four horses. On the propylaeum is the Latin inscription "Patriae Unitati," which means "To the unity of the Fatherland."

On the right is the Quadriga della Libertà, the work of the Roman sculptor Paolo Bartolini. Also, the Libertà appears as a classic Victory with outstretched wings. The Vittoria della Libertà rides a chariot pulled by four horses. A ribbon ornates its head. It has a laurel wreath in one hand and a spear in the other. On the propylaeum, you can read the Latin inscription "Civium Libertati," "To the freedom of citizens."