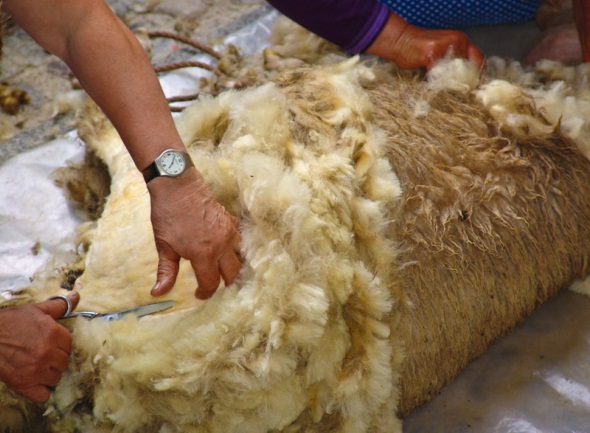 It is a simple white woolen band but it has a high symbolic value as a liturgical vestment: it represents the lamb that the shepherd carries on his shoulders, and as such the “pastoral” duties of those leading the church and overseeing a flock of souls. For over 1,500 years, only the pope has been authorized to wear it anywhere, even though in the course of history it has also become the prerogative of the archbishops leading the largest and oldest dioceses, and of the Latin patriarch of Jerusalem. It is not surprising, therefore, that its preparation and conferral have given life since ancient times to a suggestive Roman tradition that continues today and that revolves around two particular dates, 21 January and 29 June.

The blessing of the lambs: an all-Roman ceremony

The pallium can only be conferred in one place in the world: the Vatican. However, its preparation takes place in the city: the wool is supplied by two white lambs donated by the friars of the Abbey of the Tre Fontane, on the ancient Via Laurentina; until not many years ago, the friars raised the lambs themselves. The lambs are then blessed on the altar of the Basilica of Sant’Agnese outside the walls on 21 January, the day commemorating the death of the Roman martyr. Why right here? Apparently, two lambs were the tax that the monastery of Sant’Agnese paid to the Basilica of San Giovanni in Laterano where the Pope resided. When the female monastery was closed, the lambs were donated by other monasteries but on the way that led them to Laterano the procession stopped at the tomb of Agnes, who in traditional iconography is accompanied by a lamb.

The last stop: from Trastevere to the Vatican

The lambs’ journey then continues towards the Trastevere district: the nuns of the Basilica of Santa Cecilia in Trastevere are in charge for weaving and sewing the vestment. One of the ancient representations of a pallium worn by a pontiff can be found in this church, in the 11th century mosaic on the apse wall depicting Pope Paschal I. The wool of the two lambs is used exclusively for the pope’s pallium, while to make the others the nuns also use different wool. In its present form, the pallium is made up of a white wool band decorated with six black silk crosses and garnished with three gold gem-headed stickpins, which in ancient times were used to hold it in place. Once ready, the pallia are kept in St. Peter’s Basilica and, after being blessed, conferred to the metropolitan archbishops on 29 June, the feast day of Saints Peter and Paul, patrons of Rome. The importance of the pallium is such that, when a pope or metropolitan dies, he is buried wearing the last pallium he was granted, and the other pallia are rolled up and placed in the coffin. 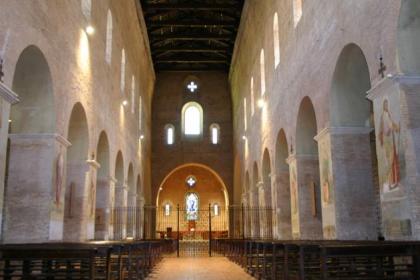 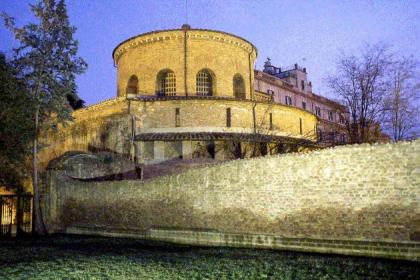