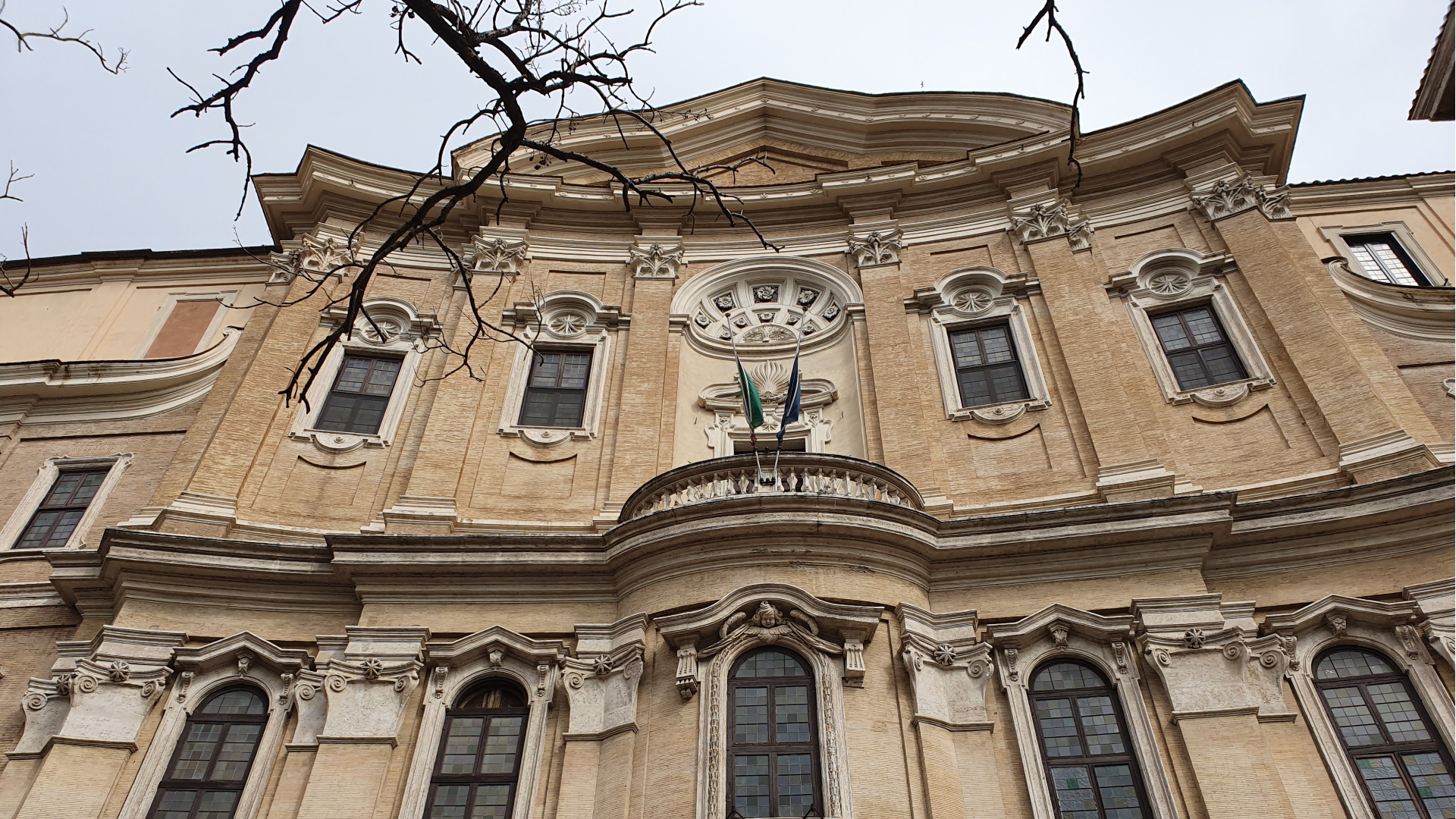 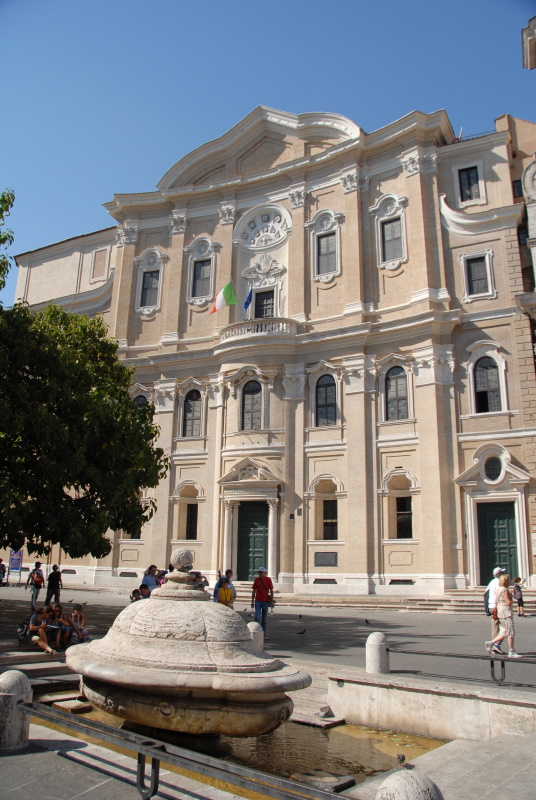 The Convent has three four-storey brick façades, with rectangular windows with simple panes; the simplicity and austerity of the building is interrupted only by the Clock Tower, topped by an elegant iron crowning. The original clock mechanism, from 1649, is now in the Museo di Roma in Palazzo Braschi.

The Oratory differs significantly from the simple lines of the Convent, and is one of the masterpieces of Baroque art. The façade, made entirely of brick, is inspired by a human body with open arms, as if to embrace the faithful. The curved surface is divided into two orders, partitioned by pilasters with Corinthian capitals divided by a wide cornice; in the first, the central part is convex; the door is surmounted by a tympanum, while on the sides are niche windows. The second order has a concave central part where there is a window with a balcony, surmounted by a coffered arch, in the center of which is the dove of the Holy Spirit. Crowning the façades is a mixtilinear pediment.

The interior of the Oratory. Which is also knows as Sala Borromini and is used for conferences and various cultural activities, is marked by pillars with Ionic capitals and a second order with pilasters; on the short sides are two loggias.

The upper floor of the complex houses the Vallicelliana Library. 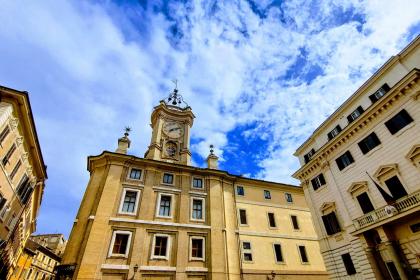 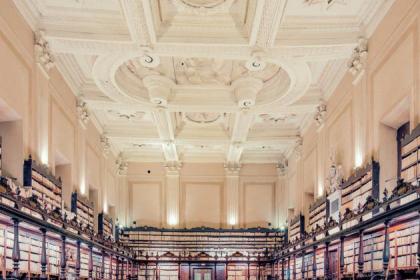 The history of Rome seen through its libraries 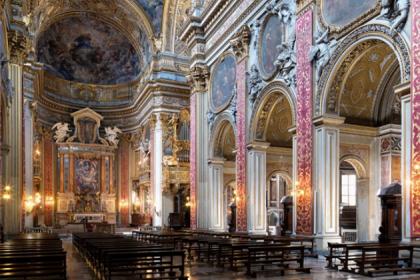 Visit to the Borromini Hall:

- email b-vall.didattica@beniculturali.it - indicating the preferred days of the visit, generally in the morning. 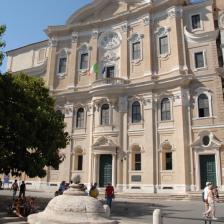