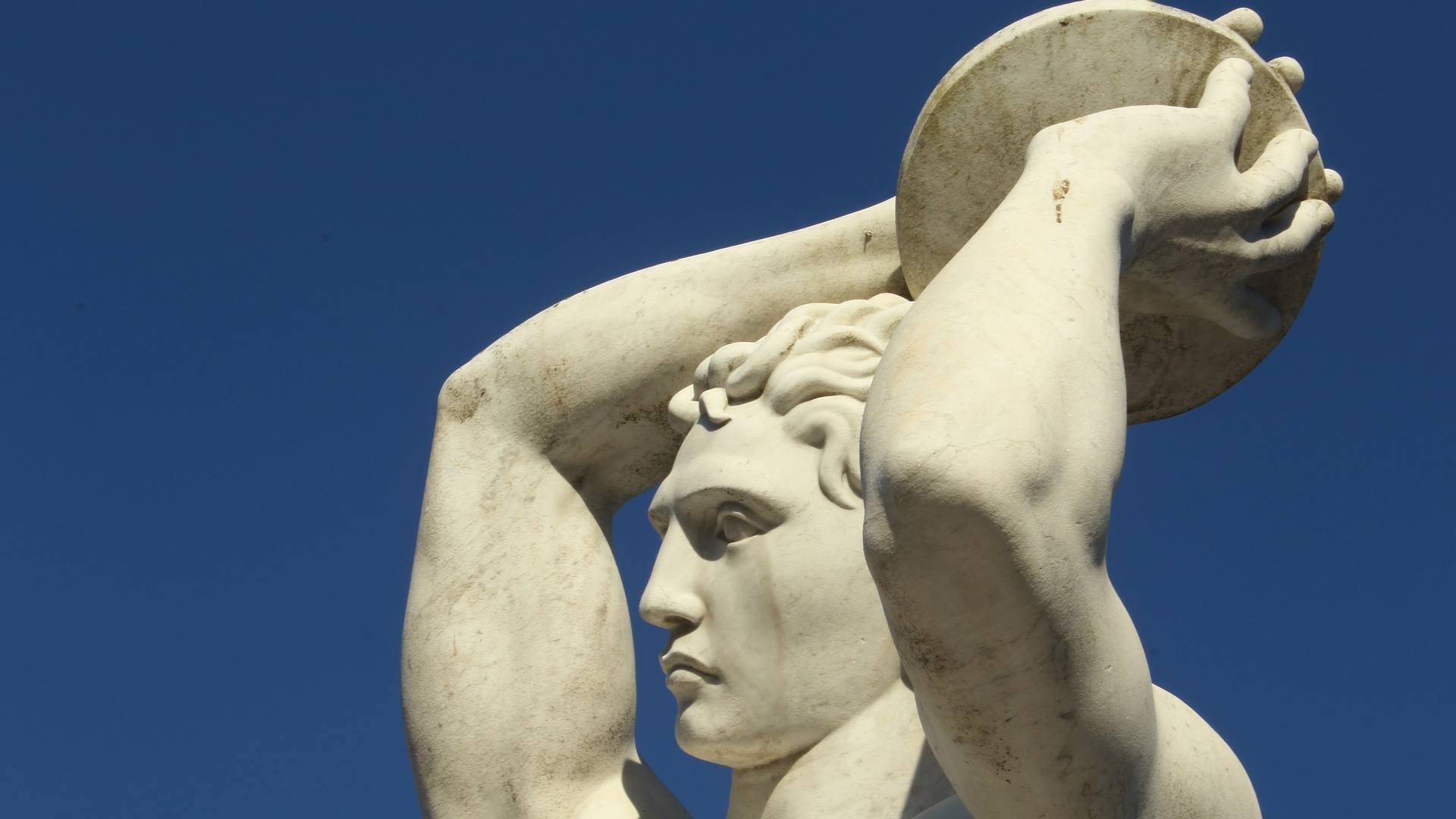 Located on the slopes of Monte Mario, the complex was conceived at the end of the 1920s by Renato Ricci, then president of the ONB - Opera Nazionale Balilla. Based on a project by the architect Enrico Del Debbio, it was born to educate young people combining sports and fascist ideals.

The work was inaugurated in 1932 and initially called "Foro Mussolini". The monumental entrance is located in Piazza Lauro De Bosis, where the imposing marble Obelisk designed by Costantino Costantini and dedicated to Mussolini stands. The monolith is the largest block of marble ever extracted from the Apuan Alps. On the right is the former Academy of Physical Education, now the headquarters of CONI, built between 1928 and 1932 by Enrico Del Debbio. On the left of the obelisk is the Palazzo delle Terme, a 1937 project by Costantino Costantini. It houses the former Academy of Music, now home to the ISEF and the RAI auditorium, the amazing indoor swimming pool with floor mosaics by Giulio Rosso and the parietal ones by Angelo Canevari, and the former gymnasium of the Duce.

The majestic Stadio dei Marmi, dedicated to sports, was part of the initial structures of the complex. It takes inspiration from a Hellenic stadium and is surrounded by 60 imposing statues in white marble, symbolizing the various sports activities, donated by as many Italian cities. Two groups of bronze wrestlers and two large figures, also in bronze, by Aroldo Bellini respectively adorn the central grandstand and the access to the track. At the entrance is a mosaic with the representation of eight athletics figures by Angelo Canevari. Since 2013, the stadium is named after the sprinter Pietro Mennea.

Over the years, the project was extended with the construction of other buildings and the intervention of different architects. Among these, the young Luigi Moretti, appointed in place of Del Debbio to direct the technical office of the ONB and designer of the Casa della Scherma, a masterpiece of rationalist architecture of the 20th century, inaugurated with the name of "Accademia fascista della scherma" (Fascist Academy of fencing) by Mussolini himself.

Moretti was responsible for the construction of the Piazzale dell’Impero, today Viale del Foro Italico, creating a vast space celebrating the strength and conquests of the regime. Black and white mosaics by Gino Severini, depicting symbols and sports disciplines, cover the area. On the sides are a series of white marble blocks with the main dates of the regime engraved.

At the end of the avenue is the Fontana della Sfera (fountain of the Sphere), a circular basin with a diameter of 3 meters, with a sphere obtained from a single block of marble from the Carrara quarries, built by architects Giulio Pediconi and Mario Paniconi. The basin around the fountain is decorated with black and white marble mosaics depicting marine subjects, realized on cardboards by Giulio Rosso.

Behind the fountain is the Olympic Stadium, built on the original project of the Stadio dei Cipressi (Cypress Stadium) whose construction began in 1932. In 1951, with the designation of Rome for the 1960 Summer Olympics, the structure underwent reconstruction works, with a series of marble rings to the original stadium. In 1953, it was inaugurated with the name of “Stadio dei Centomila” or Olimpico. For the 1990 FIFA World Cup, the structure was extensively rebuilt and enriched with a cover system.

Part of the impressive complex is the Polo Natatorio del Foro Italico (the Foro Italico swimming centre), including the Stadio Olimpico del Nuoto (Olympic Swimming Stadium), built for the 1960 Summer Olympics to a design by Enrico Del Debbio and Annibale Vitellozzi. Between Viale delle Olimpiadi and Viale dei Gladiatori are the Stadio del Tennis di Roma (Tennis Stadium of Rome) - also known as Campo Centrale (Central Court), inaugurated in 2010; the Next Gen Arena; the Nicola Pietrangeli Stadium, formerly the Pallacorda Stadium, built between 1931 and 1933, named after the tennis champion since 2006, and eleven secondary courts.