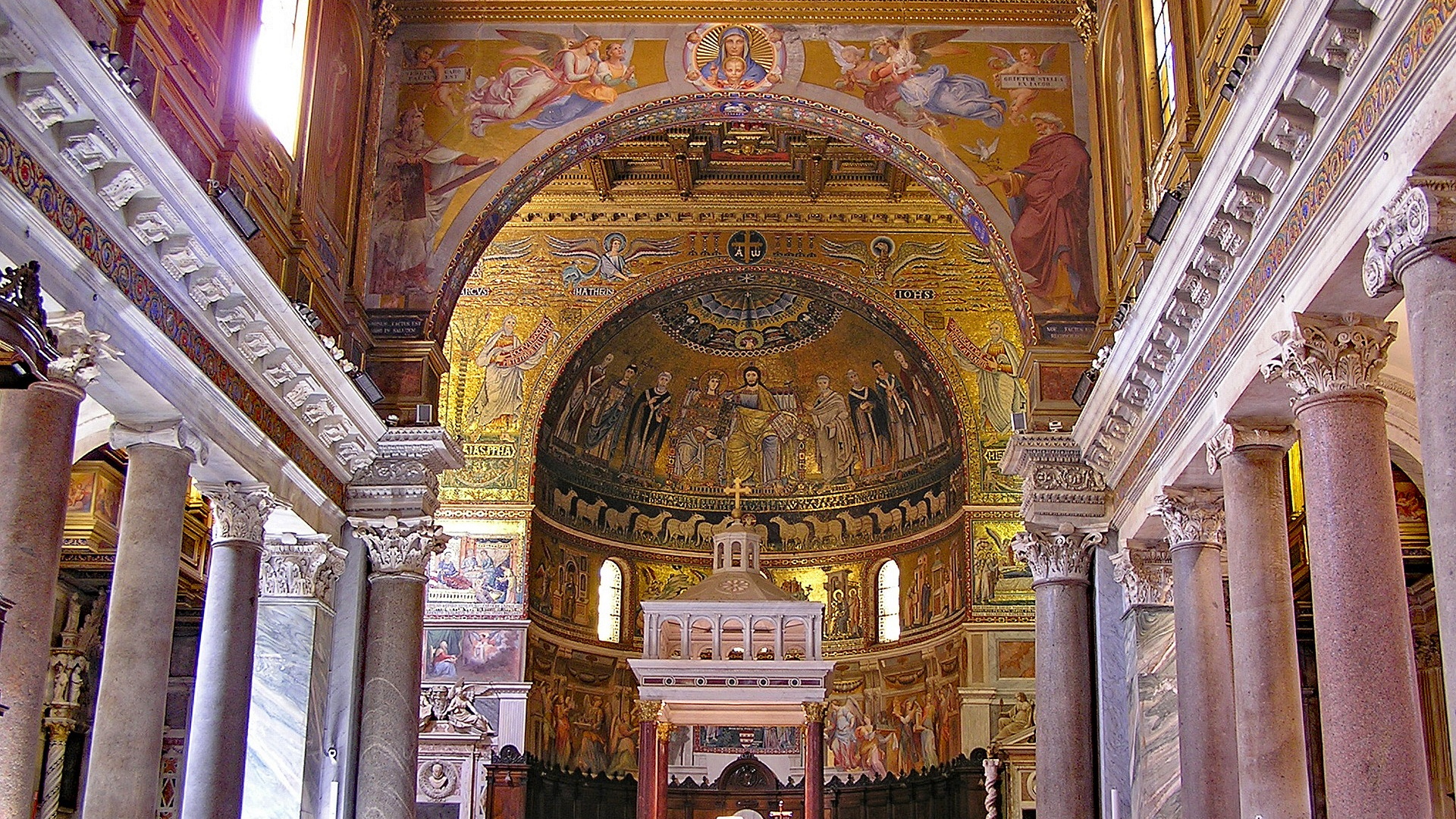 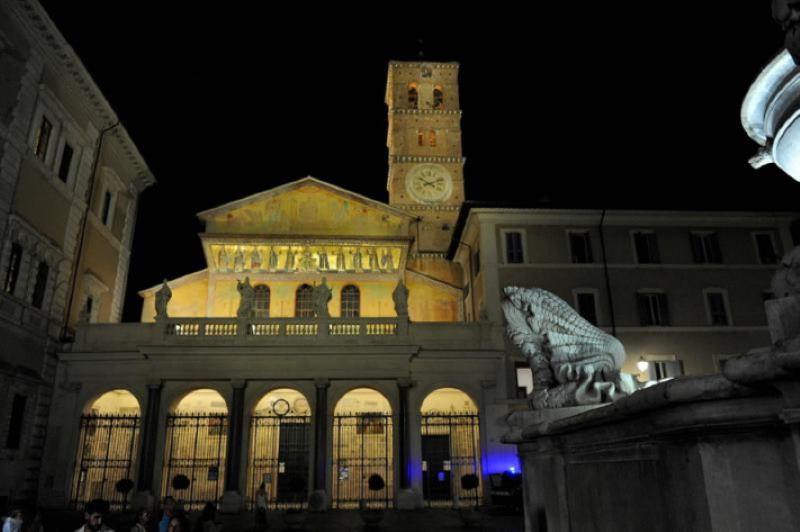 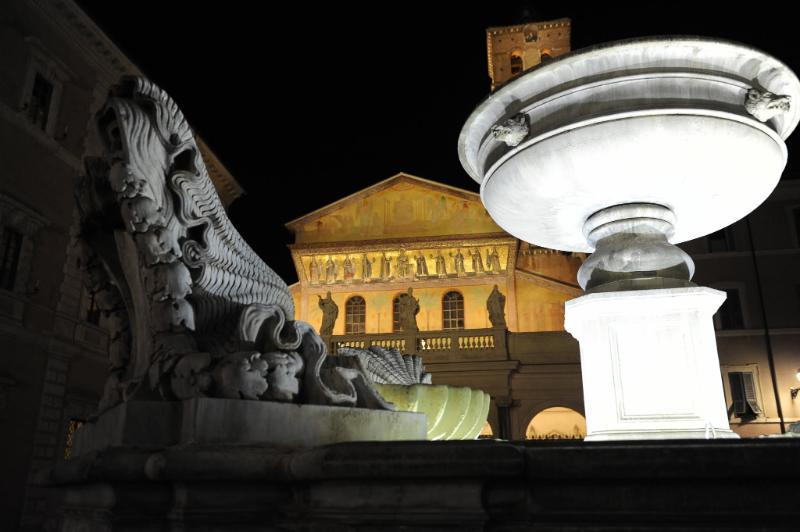 The Basilica was probably the first official place of Christian worship in Rome. According to the legend, it was built by Pope Callistus I in the 3rd century and was finished by Saint Julius I in 340.

Rebuilt during the pontificate of Pope Innocent II, it later had decorations and restorations including those promoted by Pope Clement XI (1702) and by Pope Pius IX (1870), without the church suffering substantial alterations.

Many parts of the church date back to the 12th century; the mosaics, especially those of the façade and those of the apse made by Pietro Cavallini and depicting the "Life of the Virgin", are important. On the outside, built in the 12th century, stands the bell tower with its square base.

The portico was remodeled in 1702 by Carlo Fontana and today houses fragments of friezes and ornaments of the ancient basilica as well as Christian epigraphs, and is surmounted by a balustrade decorated with the statues of four popes.

The basilica interior has three naves divided by twenty-two ancient granite columns of various diameters, all with Ionic and Corinthian capitals, probably coming from the Baths of Caracalla.
The rich ceiling is in carved and gilded lacunars with polychrome funds, designed by Domenichino (1617) with the image of "L'Assunta" in the center. In 1860 the floor was almost completely rebuilt by the architect Vespignani with the the thirteenth century typical floor mosaics.
In the apse basin and in the apsidal arch, in addition to the mosaics with stories of the Virgin by Pietro Cavallini (1291), are the mosaics made around 1140 after the death of Pope Innocent II, represented there with the model of the church. 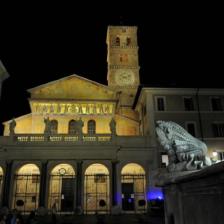 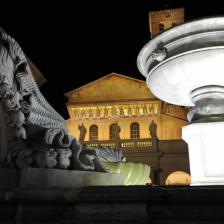