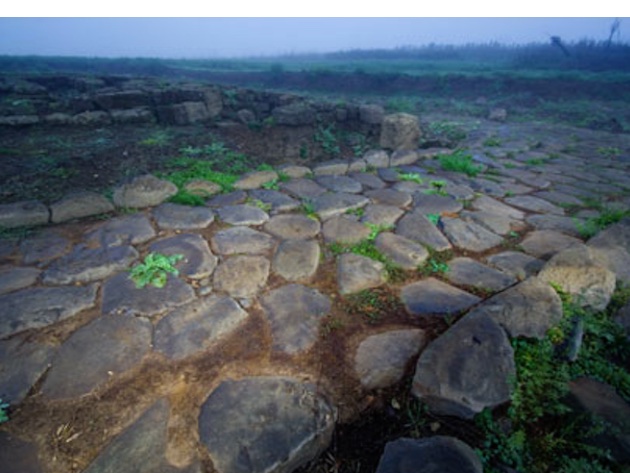 The remains of the ancient Etruscan town of Veio are located near the Borgo di Isola Farnese, just outside the Rome Ring Road, on a plateau lapped by two rivers, the Fosso della Mola and the Cremera, a tributary of the Tiber.

Founded in the Bronze Age, around the ninth century BC, the city developed into residential areas consisting of characteristic huts of the Villanovan era and over time became the protagonist of intense economic growth, as evidenced by the findings of Greek pottery, which testify the intense commercial traffic.

Between the seventh and sixth centuries BC, Veii was transformed into a thriving urban center protected by a wall made up of blocks of tuff and preceded by an aggere, a bastion of earth with a moat in front.

Since the eighth century BC there were many clashes with Rome which culminated in the conquest by Furio Camillo in 396 BC.

Under Caesar the city became a colony, later transformed by Augustus into a town hall with important buildings.

After this period, as early as the 2nd century AD, its slow decline began until it was completely abandoned. The area was again urbanized only in medieval times, with the the village of Isola Farnese.

Several Etruscan necropolises dating back to the seventh century BC have been found around the city. which have returned, among others, the Tomb of the Ducks, the oldest with wall paintings and the Tomb of the Bell, characteristic for the decorations depicting knights.

In the area of Portonaccio is the most important sanctuary of Veii, dedicated to the goddess Minerva and datable to the 6th century BC. The building, which is the oldest example of a Tuscan temple known so far, presented a rich decoration consisting of antefixes with Gorgons and Maenads and large statues placed on the top of the roof, including that of Apollo, a work of the Etruscan artist Vulca currently on display at the museum of Villa Giulia.

The temple was enclosed by a boundary wall within which there was a pool for ritual ablutions and a square for the ex-votos offered by the faithful, dominated, in the central part, by a large altar for sacrifices.

Of particular interest, finally, also Ponte Sodo, a gallery of about 70 meters, built between the Etruscan and Roman periods, dug to favor the outflow of the Cremera river during floods, and used to draw water from the wells obtained on its vault.