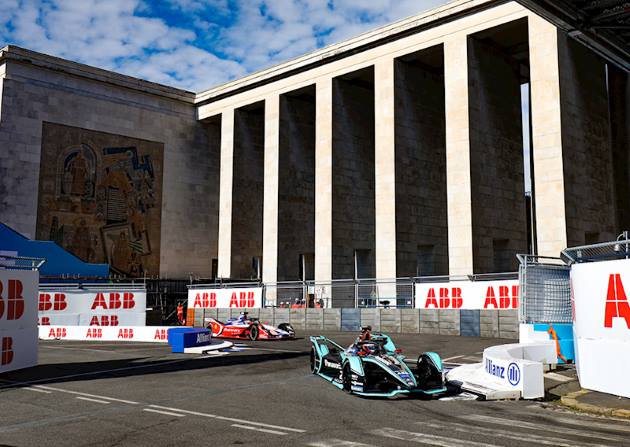 Future and technology: it is the winning combination of the ABB FIA Formula E Championship, the world championship for electric cars, which returns for another exciting race on the difficult track of the Circuito Cittadino dell’EUR.

Rome E-Prix 2020 is the first of the European races: 24 cars compete on a track presenting a series of challenges, in the name of speed, action, technological innovation and sustainable mobility.

Slow and fast curves, ups and downs and straights, to overtake in a great technical challenge to conquer the victory!

The spectacular and fully electric Gen2, the second generation of Formula E vehicles represent a favourable point against the environmental crisis due to air pollution.

The Batmobile-esque car has double the energy storage capacity of the Gen1 car, meaning it can complete a whole race, so no more mid-race car swaps.

With 250kW of power, the cars accelerate from 0-100km/h in 2.8-seconds and go on to a top speed of 280km/h. Greater speeds, more action on the track and with just one car per driver the spectacular side is guaranteed!

Afterwards, the unmissable world’s first all-electric production-based international race series, the Jaguar I-Pace eTrophy , in which 20 drivers, with 20 identical cars based off a production Jaguar I-Pace, go head-to-head to prove their race craft and team tactics across 10 races.

You can experience the event at 360 degrees with the engaging Allianz E-Village, the immersive area dedicated to innovation, exploration and entertainment, in which you get closer to the action and learn more about the world of the ABB FIA Formula E Championship.

So, save the date: adrenaline, passion, technique and tomorrow's cars!