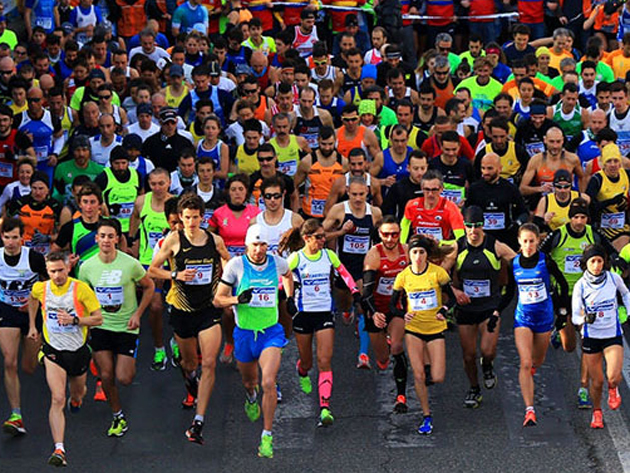 Buenos Aires, January 9th 1978: Miguel Sanchez, Argentine runner and poet, is kidnapped in the middle of the night in his house by a paramilitary commando, becoming one of the about 30,000 desaparecidos victims of the dictatorship.

The idea of ​​the race in memory of this athlete was born on January 9th 2000, thanks to the journalist of the Gazzetta dello Sport Valerio Piccioni in collaboration with the Department of Sports Policies of the Municipality of Rome.

The first edition, which counts more than 1500 members, includes two competitions, the competitive one and not, and the winner receives the cup directly from the hands of Elvira Sanchez, Miguel’ sister; since then, the sporting event, now in its 20th edition, involves more and more athletes and enthusiasts.

The race, which starts in front of the Ministry of Foreign Affairs, continues on the left bank of the Tiber via Ponte Duca D'Aosta and then goes up the Tiber from the cycling path on the right, recovering the passage on Ponte Milvio. The final part involves Foro Italico up to the arrival at the Olympic Stadium.

In addition to these, there is another non-competitive 3 km race starting from the Ponte della Musica, whose protagonists are mainly the families, children and  young students: an exciting race in the name of solidarity and authentic sporting spirit.