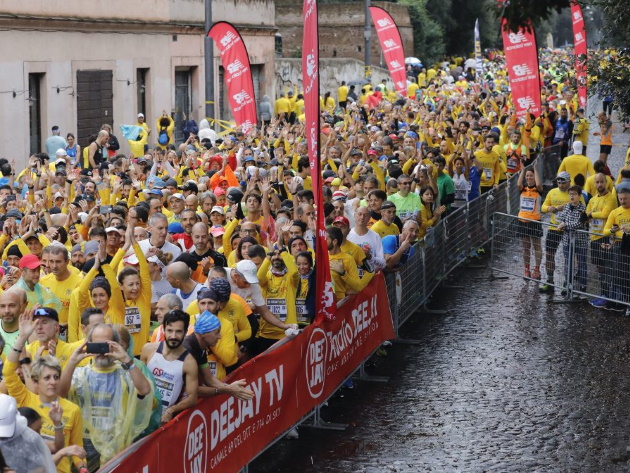 A colorful and lively crowd is going to fill the streets of Rome and spend a day of sport and fun in the shadow of the Circus Maximus. After the success of Milan, the Deejay Ten Run, a road running race open to professionals and occasional runners, comes back to Rome, exactly one month before Christmas Eve.

Do not look for excuses and do not worry too much about the weather forecast: whether there is sun or rain, the event will take place on a single tour starting from the Baths of Caracalla, in front of the Nando Martellini Stadium. Runners will pass in front of the Circus Maximus, the Vittoriano, the Colosseum and the Pyramid, crossing a part of the historical center, and arriving again at the Baths of Caracalla.