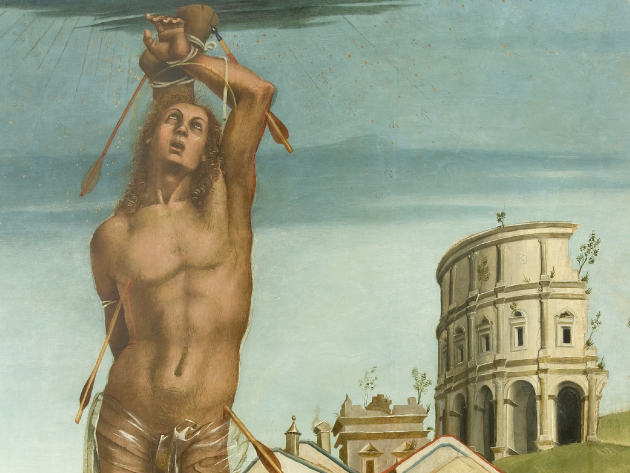 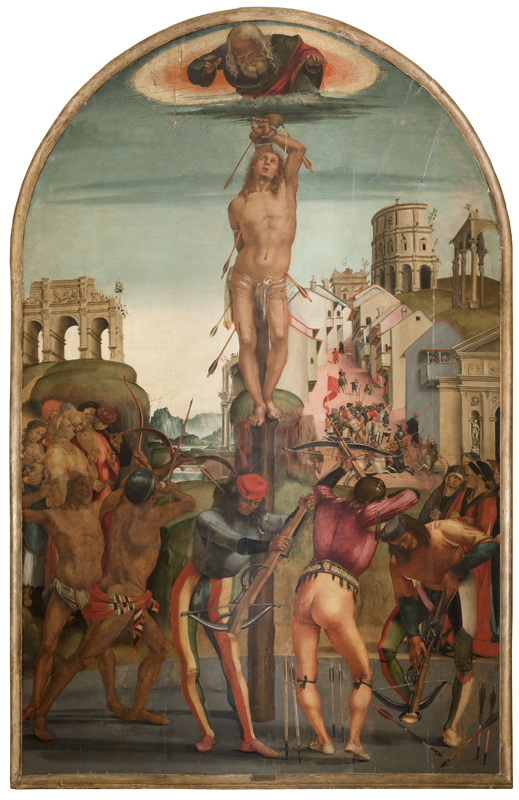 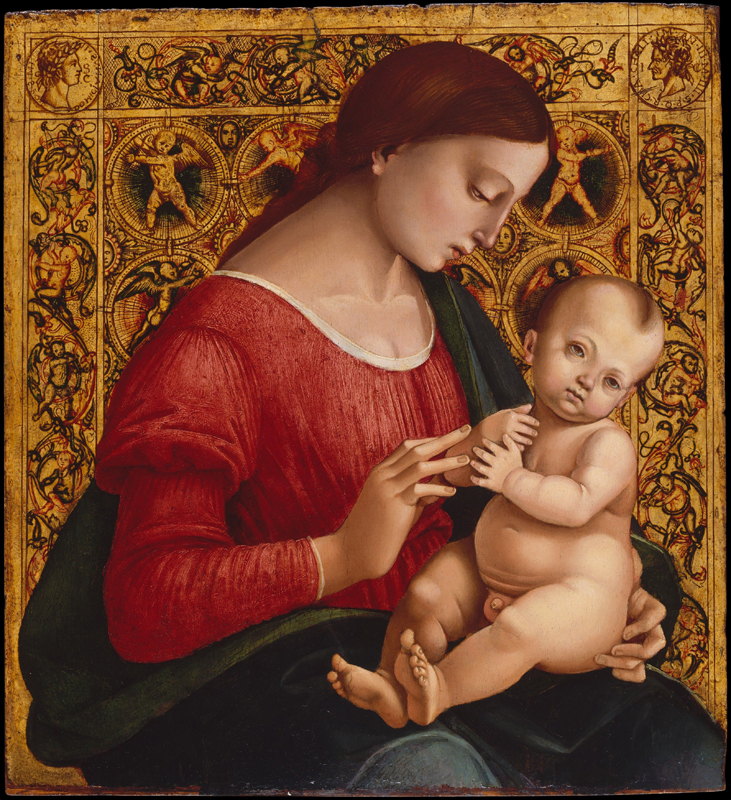 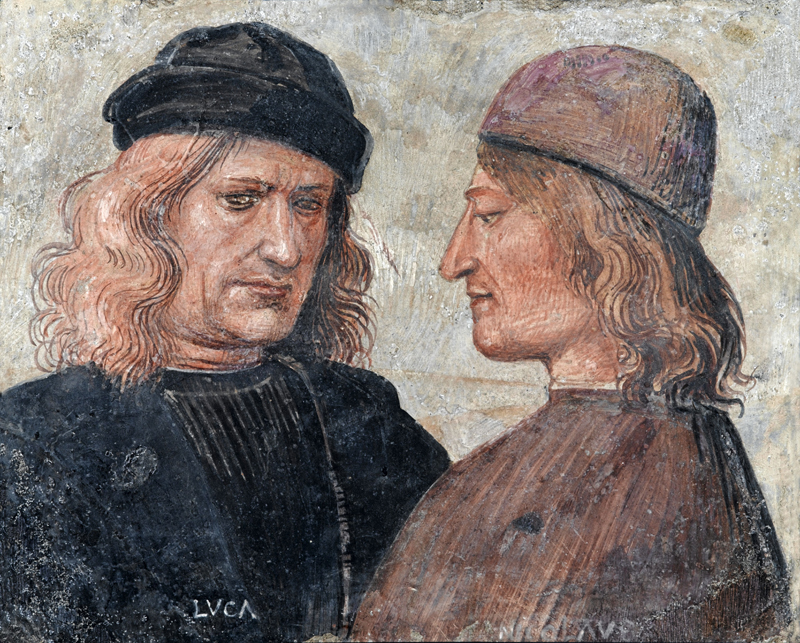 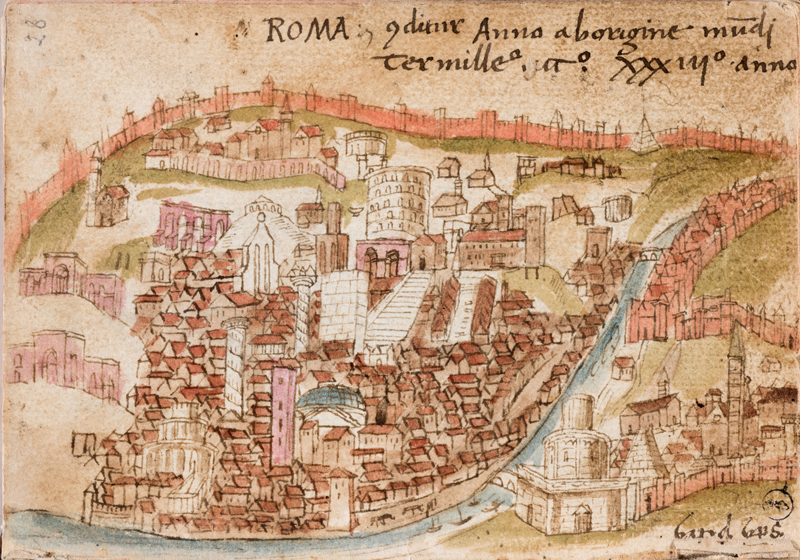 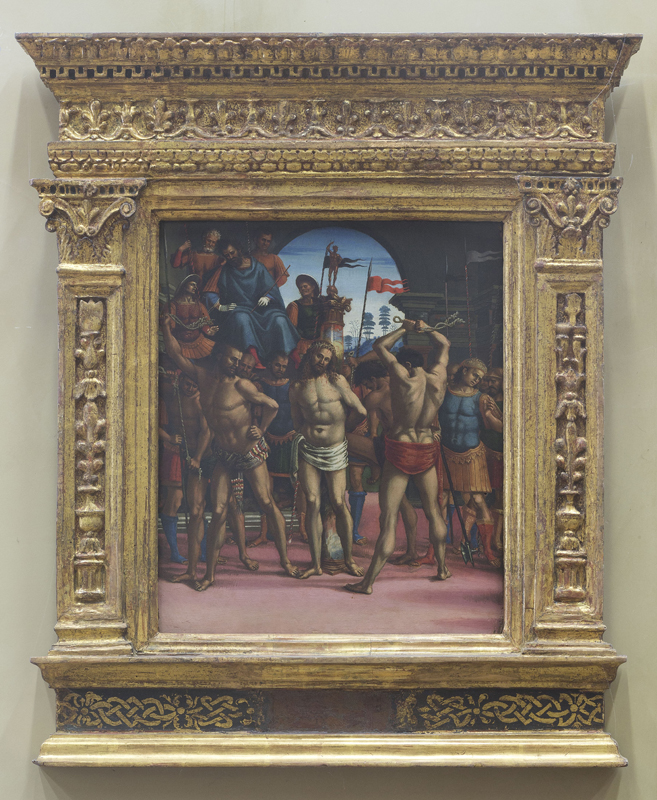 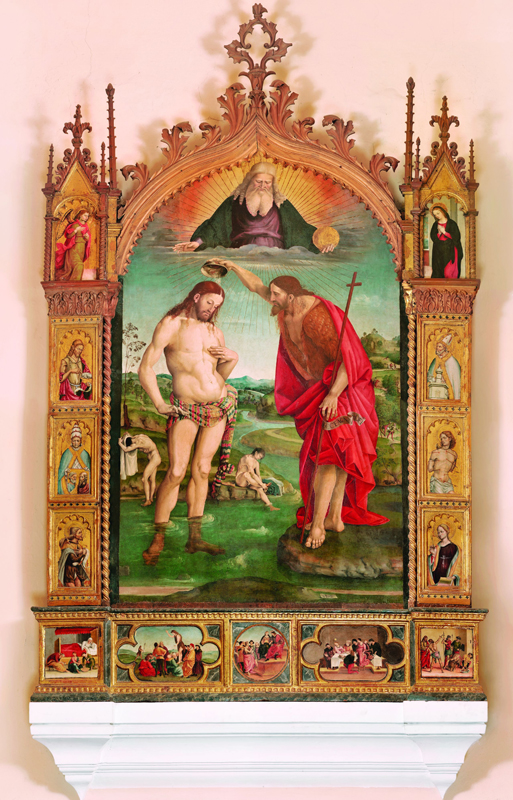 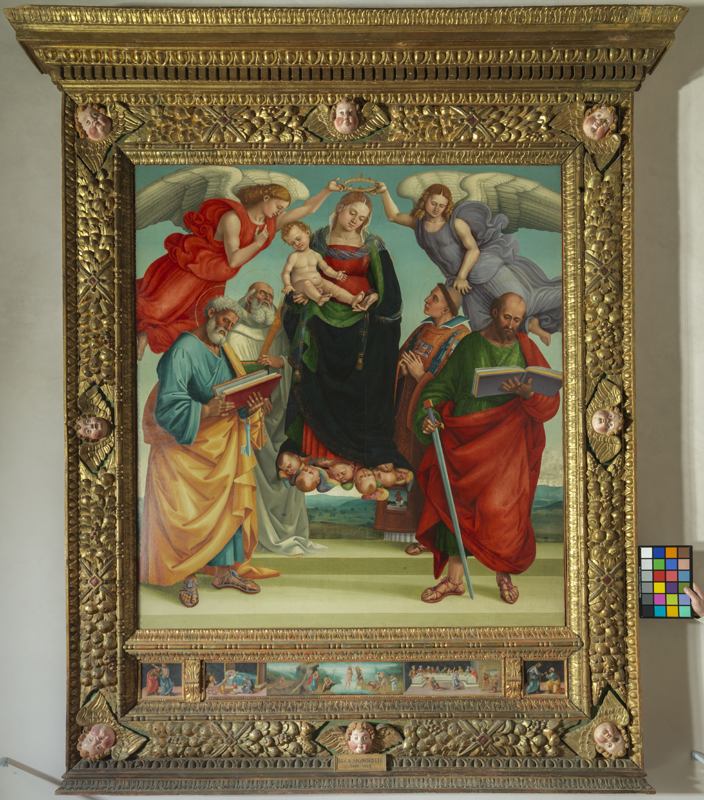 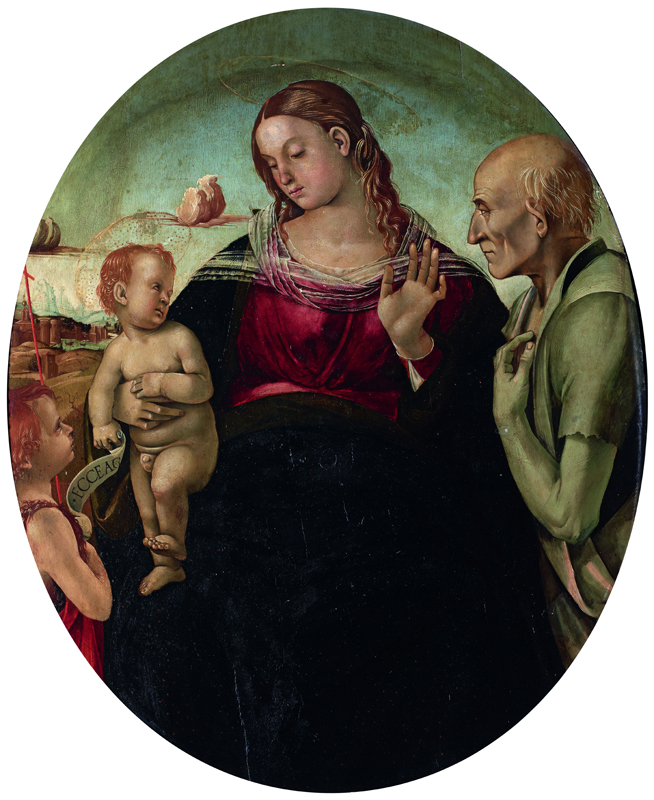 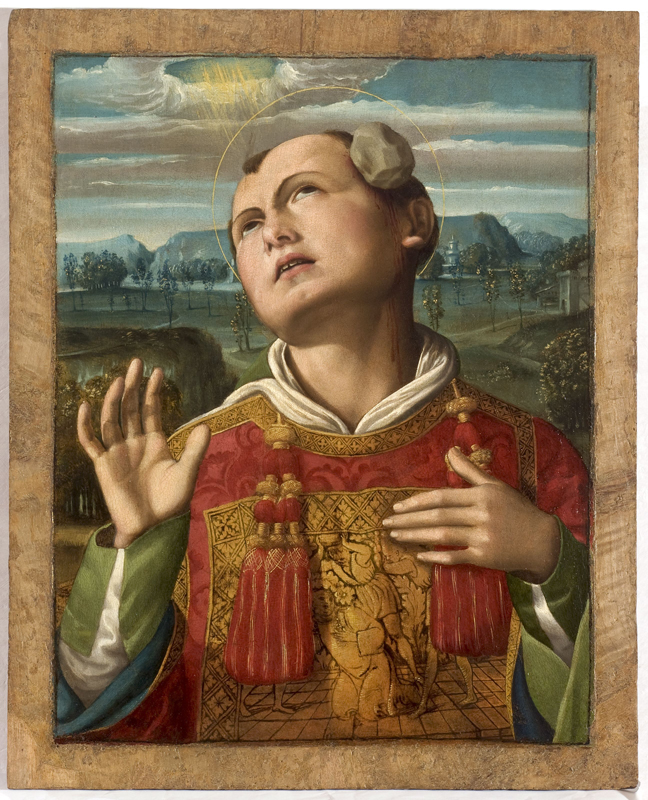 As the 500th anniversary of the death of Raphael draws near, the Musei Capitolini pay tribute to Luca Signorelli (Cortona, around 1450 - 1523) in the rooms of Palazzo Caffarelli with the exhibition, Luca Signorelli and Rome. Oblivion and rediscovery. For the first time in Rome, this is a celebration of one of the Italian Renaissance’s leading lights. His remarkable artistic star was obscured only by the unforeseeable arrival of two giants of the following generation: Michelangelo (1475-1564) and Raphael (1483-1520), who were, however, inspired by the master of Cortona to reach the unsurpassed pinnacle of painting that their contemporaries attribute to them. In fact, as Giorgio Vasari wrote, Luca Signorelli "was more famous in his day, and his works were held in higher esteem, than any other previous artist no matter the period".

On display, a selection of around 60 prestigious works from Italian and foreign collections, many of which are exhibited in Rome for the first time. The exhibition highlights the historical artistic context in which the artist made his first visit to Rome and offers new interpretations on the artist’s direct and indirect connection with Rome.
The exhibition is organised into seven sections and begins with an introduction on the error made by Giorgio Vasari regarding the artist’s true face, represented by the two busts created by Pietro Tenerani (Museo di Roma) and by Pietro Pierantoni (Musei Capitolini, Protomoteca).
The itinerary continues into the Rome of Pope Sixtus IV (1471-1484), among the Capitoline antiquities, and in front of some of the Master’s works in which monuments, Christian antiquities and classic statues observed in Rome live again or are evoked, like the Martyrdom of St. Sebastian (Pinacoteca Comunale di Città di Castello), the Crucifixion and Mary Magdalene (Galleria degli Uffizi), the Munich tondo and the Arcevia altarpiece.
The New Chapel in Orvieto is reconstructed through backlit reproductions to immerse the visitor into some of Signorelli’s masterpieces on the theme of grace and maternal love. These include The Virgin and child from Metropolitan Museum of New York and the precious canvas owned by Princess Elvina Pallavicini. Two sections are dedicated to Signorelli’s visit to Rome at the time of Pope Leo X (1513-1521) and to his relationships with Bramante and Michelangelo.
The exhibition ends with a chapter dedicated to Signorelli’s rediscovery in the 18th and 19th centuries, in art, literature and antiquarian  market – with the Flagellation (Galleria Giorgio Franchetti at the Ca' d'Oro, Venice) and the with Child among four saints and angels (Museo Nazionale di Castel Sant’Angelo).

SIGNORELLI AND ROME
The artist is linked to the papal city by a single documented commission, the fresco with the Testament and Death of Moses carried out for the Sistine Chapel in 1482. In fact, Signorelli did not get the same recognition in Rome as he was given in Umbria, in the Marches and in Tuscany, not even when, in 1513, Giovanni di Lorenzo de’ Medici, for whose family Signorelli worked in Florence, was elected as Pope Leo X.
Even though Rome was not generous with him, it was really following his experience in the city that Signorelli developed the original artistic language that distinguished both his output as a young man and his later work, with its "perfect fusion between classical and Christian culture".  In Rome, Signorelli had the opportunity to directly experience the origins of Christianity and classical sculptures: in particular those found on Capitoline Hill, like the Spinario [Boy with the Thorn] - the celebrated bronze which arrived on Capitoline Hill in 1471 after being donated to the people of Rome by Pope Sixtus IV.
From his study of Antiquity, Signorelli accumulated an extraordinary collection of male nudes and a variety of poses which can be seen in the figures that appear as “extras” in his painted scenes. As his work evolved, ingredients like dynamism, tension, animation, classicism and grace are fused together perfectly in his absolute masterpiece: the frescoes on the walls of the New Chapel in Orvieto (1499-1504), which became a lesson for the grand Masters of the Renaissance.

FROM OBLIVION TO REDISCOVERY
Even though in Italy he "was more famous in day and his works were held in higher esteem", Luca Signorelli faded into oblivion and it was only in the late 18th century and especially in the 19th century, with the purists and pre-Raphaelites of the time seeing his work, that artists and critics rediscovered him as one of the precursors of the peak of the Renaissance. Images taken from the frescoes in the New Chapel in Orvieto Cathedral, also known as the Chapel of San Brizio, would be included in the first illustrated monuments to art history by Seroux d’Agincourt and copies of Signorelli’s masterpieces were etched and reproduced many times. In 1816, Rome honoured Signorelli, placing his bust in the Pantheon; in the middle of the 19th century, Signorelli was elected to sit amongst those people who have made Italy great, with a bust created by Pietro Tenerani, finally showing his real appearance.
Hints of Signorelli’s influence can be found in the work of many 20th century painters, including Franco Gentilini and Corrado Cagli, whilst in 1903 the first important scientific monograph was published in Italy (Girolamo Mancini, Vita di Luca Signorelli) and in 1953 the first retrospective was opened, curated by Mario Salmi, accompanied by fiery debate. In 2012, the latest monographic review of the artist was held in Perugia.
Oblivion and fortune have characterized Signorelli and his work, even in relation to widespread collecting in the 19th and 20th centuries. His works, much sought after by the antiquarian market, began to fluctuate in the hands of the greatest art dealers, who were unscrupulous enough to dismember and remove them from context, providing “Signorelli” to the new National State museums or furnishing the houses of American magnates.
Since 1903, the Italian Ministry of Education’s Directorate of Antiquities and Fine Arts attempted to stem this tide of dispersal, including the Madonna with Child among saints and angels from the Tommasi di Cortona collection in its "Catalogue of works of art of great value owned by private collectors" which was published as an appendix to the first national art protection law (1902). By doing this, its planned disposal was halted.

N.B For eventual openings/closures please visit the page dedicated to the announcements 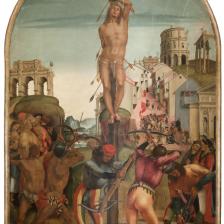 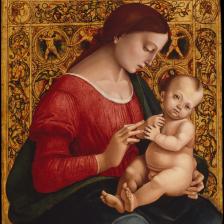 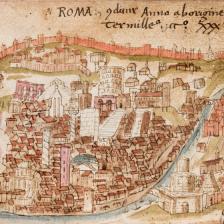 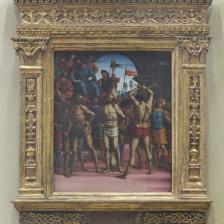 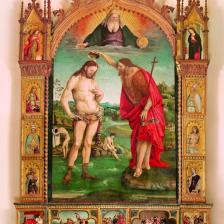 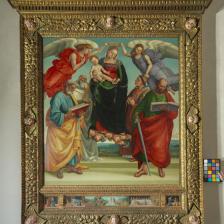 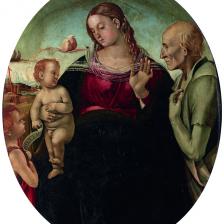 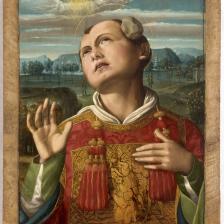