The icecream in Rome 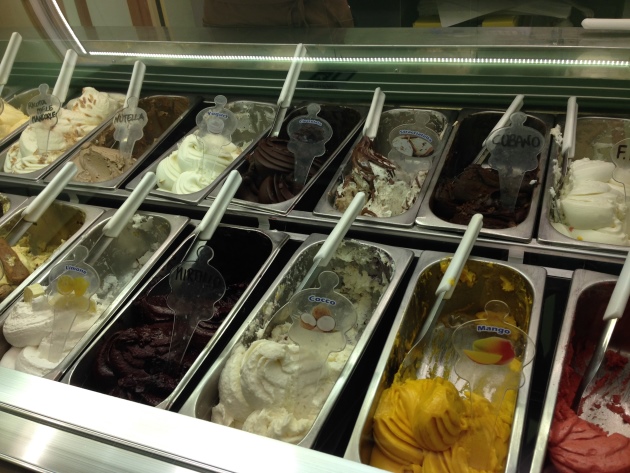 We suggest you a great solution to recover from the heat of the summer: enjoy an ice cream while walking through the streets of Rome. The city is ready to satisfy the tastes of every tourist with many icecream-parlors scattered all over!

The major names are many, the first on the list is Fassi in Esquilino quarter, in Via Principe Eugenio 65, known as the Palazzo del Freddo, started 130 years ago.
We can not appoint Giolitti, opened 116 years ago in via Uffici del Vicario 40, in fact, produce homemade ice cream since 1890, when Giuseppe and Bernardina Giolitti started as a dairy store..
In the list there is also Fatamorgana, in addition to being considered a landmark in Nemorense, is now also in Piazza degli Zingari in the Monti quarter. Here you will find a wide variation in taste in addition to the classic ones, such as the Indian ice cream masela, or fennel, licorice or basil taste.
To find the original icecream-parlor, with the best ice cream cakes is Al Settimo Gelo, near Piazza Mazzini, and even the Gelateria dei Gracchi, in Prati quarter, considered a real institution and reported on more guides, for this reason to enjoy their delicious coffee or zabaglione ice cream sometimes there is a time in a row to do.

You have to taste absolutely flavours exclusively served in cup at Gelato di San Crispino, in Via della Panetteria 42, Piazza della Maddalena 3 and Via Acacia 56.
Among the youngest, recently landed in Rome, we find Grom ice cream-parlors, that produce ice cream using only the highest quality ingredients selected