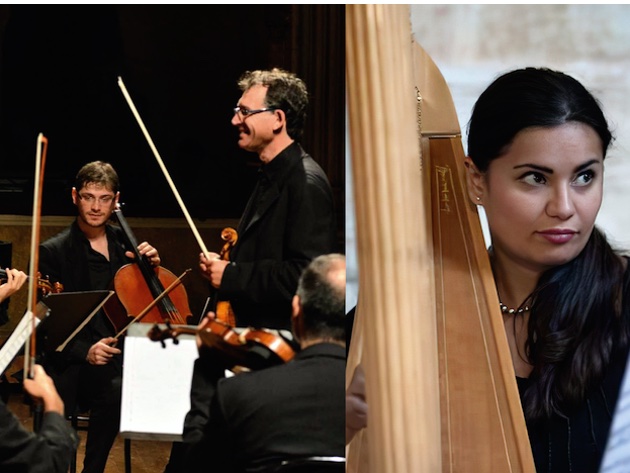 This year the concert season of the University of Rome "Tor Vergata" organized by the Roma Sinfonietta Association, presents a calendar characterized by a great variety of musical genres, ranging from classical music to jazz, from contemporary musical theater to music for the cinema and popular music, which leaves a wide choice to the public of fans.

The 2022-23 program foresees the presence of young talents such as the cellist Ettore Pagano who performs music for solo cello by Bach, Hindemith and Kodaly, or the protagonist is the Roma Sinfonietta Ensemble with rare and little performed music by Casella, Carpi and Ravel; the carnet is also enriched by the Hungarian Dances of Brahms and the romantic waltzes of Strauss such as Roses of the South, Wine, women and song, Emperor's Waltz. With the new year we highlight the pianist Scipione Sangiovanni, who performs baroque music by Frescobaldi, Bach and Scarlatti, as well as Piazzolla's nuevo tango and Ellington's jazz; the Solisti Aquilani, a world-famous ensemble specialized in music from the Baroque period, instead present music by Mozart, Grieg and Holst. Finally, do not miss the music by Bach and Vivaldi performed by soprano Lucia Napoli and violinist Marco Serino, flanked by the Ensemble Roma Sinfonietta and Francesco Cera, internationally renowned harpsichordist, with music by German (Bach and Handel), French ( Couperin) and Italians (Frescobaldi and Scarlatti).

Founded in 1994, the Roma Sinfonietta Association is one of the most important in the capital for the number and quality of events and is known throughout the world for its numerous international tours.