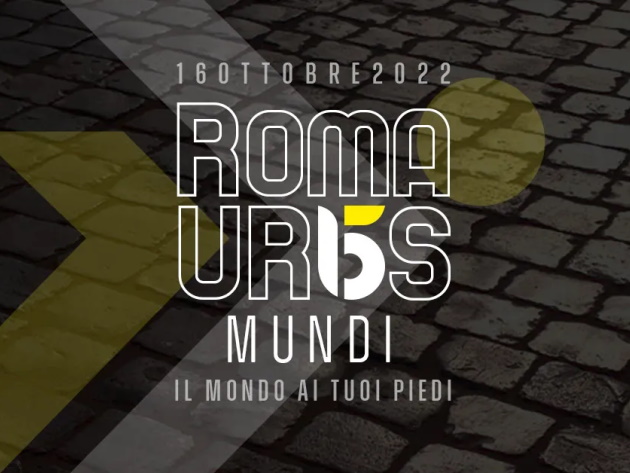 Established for the first time on 31 October 1999 to replace the Roma - Ostia, the Roma Urbs Mundi is in its 22nd edition this year.

A central route, starting from Via dei Cerchi at Via dell'Ara Massima di Ercole and arriving inside the Circus Maximus with the race that ended with the trampling of the land of the last 400 meters crossed by Roman chariots 2.200 years ago, was studied for this suggestive competition.

Organized by La ASD Gruppo Sportivo Bancari, the Roma Urbs Mundi - Rum15k is a competitive running race of 15 Km, included in the Fidal Regional calendar under the patronage of Regione Lazio, Municipality of Rome, and Presidency of the Council.

On the same day, you can also participate in the Fitwalking, the recreational event open to all, always on 15 km, that you can complete with a maximum time set in two hours.

The program also includes the Longevity Run, a 6 km walk in collaboration with the Gemelli Polyclinic.

Winding through the streets of the center of Rome, the route involves the places of major tourist and cultural interest.

Meeting at 7:00 am inside the Stadio Nando Martellini (Baths of Caracalla) and departure at 8:30 am from Viale delle Terme di Caracalla.