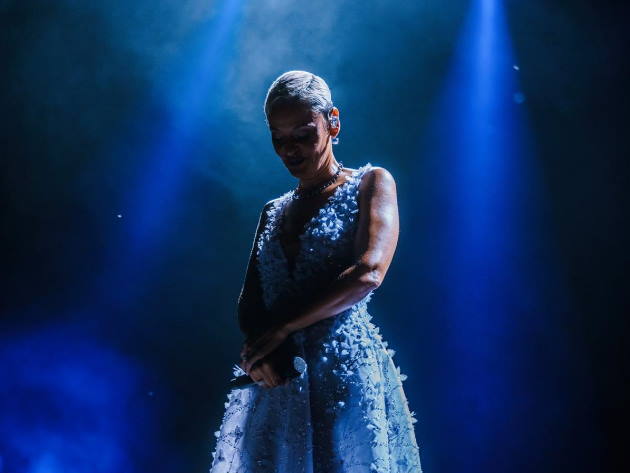 Passion, sentiment and nostalgia: the Fado star arrives at the Auditorium Parco della Musica for an exciting concert as part of Rome Summer Fest.

The bond between Mariza and the poignant Lusitanian melody was written in destiny: born in 1973 in Mozambique, from the age of three, the singer grew up in Lisbon's Bairro Mouraria, a multicultural neighbourhood and the cradle of melancholic Portuguese traditional music.

Warm voice and strong musical personality, the artist sings fado with a contemporary style, perfectly embodying its essence made of inconstant luck, absences and separations, destiny, pains of love, despair, whims of the heart and sadness of the saudade of a people and of their sense of belonging.

Today, the artist is considered one of the greatest Portuguese singers ever after Amália Rodrigues. She dedicated her latest album, Mariza Canta Amália, to the iconic queen of fado passed away in 1999, who was her great inspiration.
Mariza boasts over twenty years of an extraordinary career: the singer has collected numerous awards and platinum records, conquering audiences around the world in unforgettable concerts, such as in the legendary performance in front of Lisbon Belém Tower, at the Barbican Center in London, Carnegie Hall in New York and the Sydney Opera House.