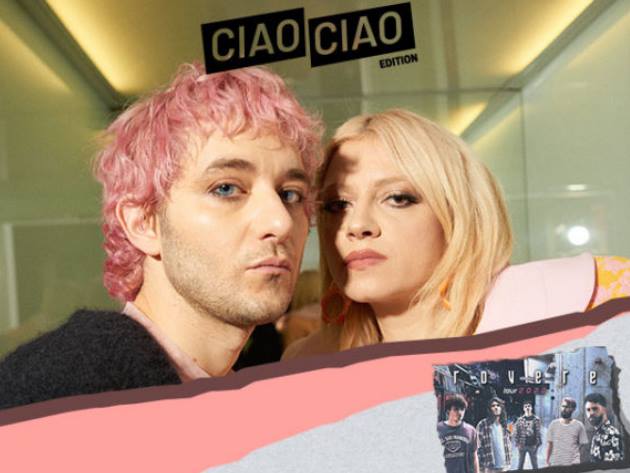 Class, talent and originality: the duo formed by the singer Veronica Lucchesi and multi-instrumentalist Dario Mangiaracina arrives at the Capannelle Hippodrome as part of Rock in Roma, the summer festival dedicated to great Italian and international music.

The concert is a 360° show revealing the spectacular artistic universe of the group. They perform in their ten-years repertoire - including iconic songs such as Woow, Mina vagante, Questo corpo and Lento - and My Mamma Ciao Ciao Edition. The digital re-edition album contains Ciao Ciao - competing at the last Sanremo Festival - and The Ronettes' Be My Baby, performed during the evening dedicated to covers.

Great success with audiences and critics, Ciao Ciao is the song that everyone knows and boasts record numbers. Platinum, almost 18 million audio and video streams, 9th place in the global ranking of the most listened to new releases on Spotify, 3rd place among the best-selling singles in the FIMI / Gfk charts and 2nd place in the EarOne radio chart.

On stage, the duo is joined by rovere, the indie-pop group that has conquered entire generations. From the 80's people grew up on TV to teenagers with their inseparable smartphones, missed messages, and love in the time of acronyms. The young and irresistible sound, also testified by the latest album Dalla Terra a Marte, is the feature of the band, one of the more interesting Italian musical realities with over 35 million streams, a Gold Record and continuous sold out.