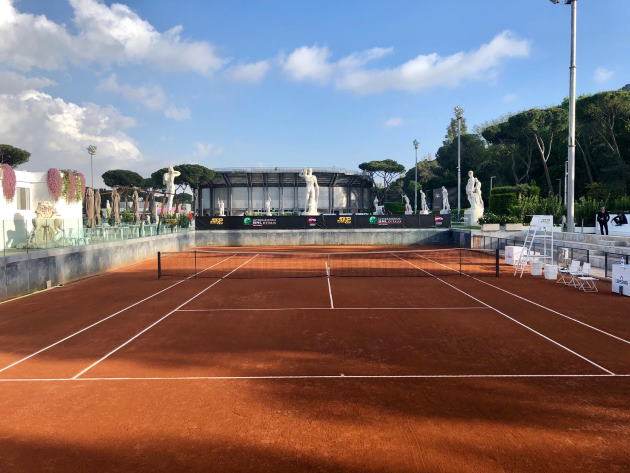 Part of the ATP World Tour Masters 1000 circuit, the Internazionali BNL d’Italia are the most important Italian clay tennis tournament. After the postponement due to the health emergency, the tournament will start on 14 September in the usual setting of the Foro Italico and will exceptionally end on Monday, 21 September.

The main draw includes 19 of the top 20 players in the world: a stellar cast led by no. 1 Novak Djokovic and no. 2 Rafael Nadal (defending champion and 9-time winner in Rome) who will debut at the Foro Italico after the long break caused by the pandemic. With the sole exception of Roger Federer, all the best players will compete, starting with Dominic Thiem, Daniil Medvedev, Stefanos Tsitsipas, Alexander Zverev, Matteo Berrettini and Fabio Fognini, alongside new stars such as Denis Shapovalov, Felix Auger-Aliassime and Alex De Minaur and champions such as Gael Monfils, Stan Wawrinka, Milos Raonic. Players currently on the waiting list (the so-called “Alternates”) features names of the likes of Marin Cilic, Jo-Wilfried Tsonga, Richard Gasquet.