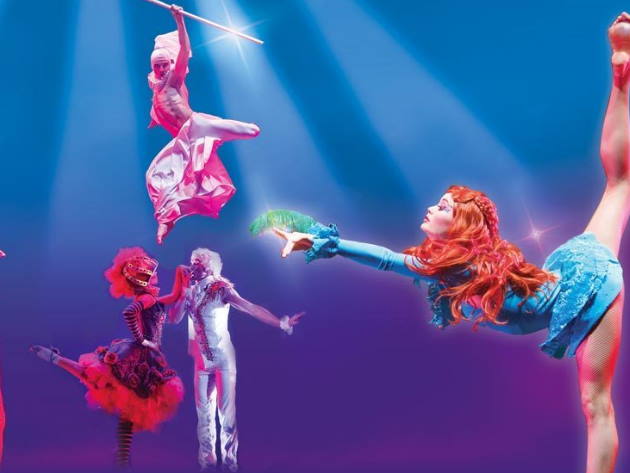 A cast of thirty athletes - acrobats and professional dancers - tells Alice in Wonderland fairy tale in a dreamlike way, through the most innovative circus arts, intertwining acrobatic gymnastics, acting and dance. Alice, the Mad Hatter, the Rabbit, the Cheshire Cat and the Black Queen appear on stage in their circus performance with astonishing numbers of ground and aerial acrobatics against the backdrop of suggestive 3D scenes.

The Circus-Theater Elysium is a collective circus collaborating with the best producers, directors and actors. The project was funded in 2012 from the inspiration of Oleg Apelfed and carried out with the collaboration of Maria Remneva, director of the National Circus of Ukraine. From a few initial numbers, gathered under the title of "Fairytale Show", sold-out in France, "Alice in Wonderland" was born, the elegant and unique show in the world that has conquered Europe, Russia, Belarus and China.