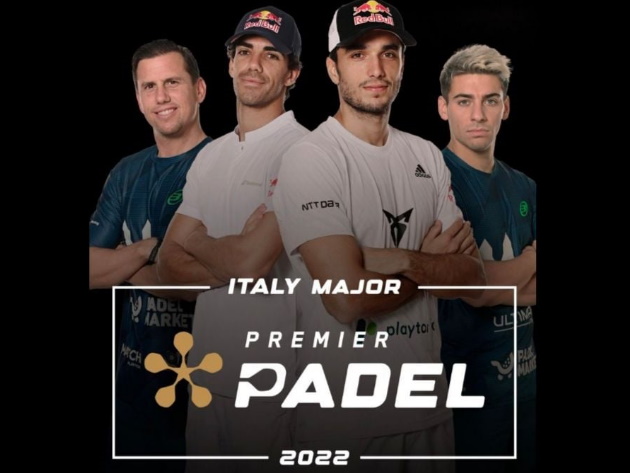 Rome is officially one of the Padel world's capitals.

It is right here that just a few days after the thrilling men's final of the International Tennis Championships won by Novak Djokovic, the first edition of the Italy Major Premier Padel takes place, an unmissable opportunity to see live, all together, the world's best players of this exciting sport.

The 56-seat draw at the Foro Italico Sports Complex, in whose Park the competition will be held, features all the top pairs in the FIP ranking, starting with Spaniards Juan Lebron and Alejandro Galan, the top seed and world No. 1. Also present in the main draw are two Italians, Marcelo Capitani, and Giulio Lovascio.

The tournament puts 2,000 points up for grabs for the participating player rankings, and the winners will win a prize pool of US$525,000.

The 55 matches will be played on three courts set up on those used in IBIs. The main one is inside the Grandstand Arena, with a capacity of more than six thousand spectators.

It kicks off on 21 May with the qualifiers. The full entry list is available at: www.padelfip.com

The Italy Major Premier Padel is organized by the International Padel Federation (FIP) and Qatar Sports Investment (QSI) with the support of the Professional Padel Association (PPA), the association of professional padel players.