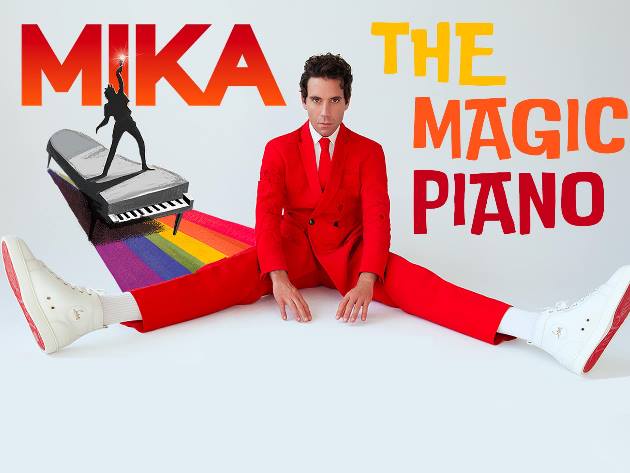 The international pop star arrives in Rome for The Magic Piano, a new and extraordinary live adventure with his colourful piano.

Music is at the centre of the universe of Mika, who returns, after the Revelation Tour, with an unprecedented and exclusive formula designed for Italian concerts. On the schedule are two evenings in the same city but in two different locations, a theatre and an arena.

The common denominator of both shows is the inseparable piano, a magical companion of music, creativity, and ideas, combined with Mika's energy and extraordinary connection with the audience. The concert at the Auditorium Parco della Musica brings to the scene an essential setting, intimate dimension, more dialogues and acoustic arrangements. The version staged at the Palazzo dello Sport recalls the international tour and is enriched by a satellite stage that brings the singer closer to the public.

Mika, born in Beirut in 1983, moved to Paris and then to London, is a cosmopolitan and well-rounded artist: songwriter, novelist, illustrator, entertainer and designer. He has a unique voice with an exceptional extension, which, for over fifteen years, has conquered entire generations of fans worldwide.

The virtuoso singer recently released the singles Yo Yo and Bolero (with Baby K), one of the hits of summer 2022. During his career has sold millions of records and won numerous awards, including several Brit Awards, World Music Awards, 1 Ivor Novello and the prestigious French "Chevalier dans l'ordre des Arts et des Lettres".

Joyful, colourful, but also intense: his music combines the carefree and contagious notes of happiness with the most intimate and vibrant shades of love, loss and hope.