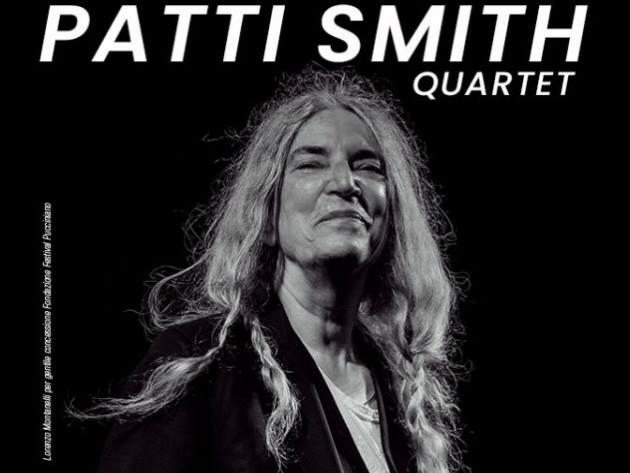 The evocative atmosphere of the Cavea and the music of a true living icon: the "priestess" of rock returns to the Capital for an amazing live on the stage of the Rome Summer Fest, the great appointment scheduled from June to September at the Auditorium Parco della Musica.

The interpreter of unforgettable songs - such as Because the Night, Gloria, People Have the Power, and Dancing Barefoot - retraces her long and extraordinary career, performing with her son Jackson Smith on guitar, her longtime friend Tony Shanahan on bass, and Seb Rochford on drums.

Loved by the public, influential, passionate and idealist, Smith has always been a generational symbol and an all-round artist. Songwriter, poet, photographer, painter, and sculptress, in more than forty years, she has explored all forms of art, leaving her unique, charismatic and revolutionary mark on the international cultural and music scene.

In December 2021, she was awarded the keys to the city of New York and the prestigious Puccini Prize of the City of Viareggio and the Fondazione Festival Pucciniano, awarded for the first time to a rock artist.