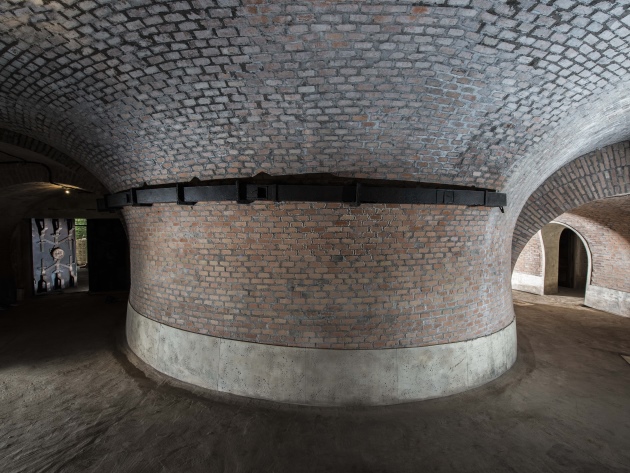 There is an underground Rome not everyone knows. These are those silent places often visible only to a small extent from the surface; far from the modern noise of the city, they represent a real hidden treasure definitely worth visiting.

Here is a short list to expand your knowledge of the city's heritage:

Residence of Nero, the huge complex included vineyards, woods, an artificial lake and immense treasures. After his death, his successors tried to bury and erase every trace of the building. The luxurious halls were stripped of their claddings and sculptures and filled with soil up to the vaults above which the great baths of Titus and Trajan were built. The Colosseum, the monumental amphitheater, was built in the valley below. Guided visits lasting 75 minutes to the Domus Aurea restoration site are scheduled. The visits take place every weekend, on Saturdays and Sundays and are limited in number with reservations required. (INFO www.coopculture.it)

Through a virtual reconstruction, light tricks, sound effects and projections, you will see the "rebirth" of wall structures, environments, peristyles, spas, salons, decorations, kitchens, furnishings of the patrician "Domus" of the imperial age. The "Domus", which belonged to powerful families of the time, perhaps senators, have mosaics, decorated walls, polychrome floors, paving stones and other finds. (INFO www.palazzovalentini.it)

GUIDED TOURS OF THE COLOSSEUM HYPOGEUMS

Visit the belly of the most famous and visited ancient monument in the world!

The tales about the gladiator games, munera et venationes, will become more vivid because listened to where the last settings were taking place before the wild beasts and the gladiators went to the arena.

These spaces are preserved as they were at the end of the fifth century AD, when they were buried. (INFO www.coopculture.it)

The oldest and best preserved cemetery nucleus of the Via Appia, the Catacombs of San Callisto were built around the middle of the second century and are among the largest and most important in Rome. Dozens of martyrs, 16 popes and many Christians were buried in them. Passing through imposing galleries full of niches, we come to five little rooms, real family tombs, called cubicles of the Sacraments and particularly important for their frescoes. The frescoes can be dated from the early 3rd century and symbolically represent the sacraments of Baptism and the Eucharist. (INFO www.catacombe.roma.it)

Every Saturday and Sunday free guided tours of the Victorian basement are available. These rooms, from the Trajan era, were found in 1888 after the foundation stone of the monument to the king of Italy was laid and also used as a refuge during the bombings of 1943 and 1944.

The archaeological complex below the Basilica of San Clemente is located in the valley that separates the Celio from the Esquiline. The structures currently visible concern two buildings. The first consists of a large house of at least two floors built between the end of the 1st and the beginning of the 2nd century AD. Subsequently, between the end of the second and the beginning of the third century, the central environment of this house was transformed into a mithraeum. In the side walls of the central hall of the sanctuary, there are two long counters where the faithful used to sit. In a recess at the bottom there is the altar of worship where Mithra is depicted while killing the bull and its flaming torch assistants, Cautes and Cautopates. The mithraeum was abandoned at the end of the 4th century and the whole complex was buried. The second building is at a lower level east of the mithraeum. The complex probably served as a warehouse or, according to some inscriptions found in the area, as a mint for the manufacture of imperial coins.

In the mid-third century the first floor of the building was demolished and replaced with a new construction identified with, according to the sources, the Titulus of Clement, the seat of the first Christian community in the area. During the 4th century this building was partially demolished to build the paleochristian church which is still visible below the current one. (INFO www.basilicasanclemente.com)

The Savoy air raid shelter was built around the years 1940-1942 when the fear of air raids on the capital began to become more concrete. Immersed in the thick greenery of the large park of Villa Ada, it was used exclusively for the Royal family. Strange as it may seem, the place to build the bunker was selected north of the Palazzina Reale, about 350 meters away as the crow flies. The designers were able to take advantage of the change in altitude due to the presence of a small hill, the so-called Colle delle Cavalle Madri.

Villa Torlonia was the private residence of Benito Mussolini and his family between 1929 and 1943; the armored structure of the bunker was excavated 6 and a half meters under the square in front of the Casino Nobile; it has a cross-shaped plan and circular section tunnels protected by a reinforced concrete cover 4 meters thick. The bunker, began in late 1942, remained incomplete since when Mussolini was dismissed and arrested (on July 25, 1943) the finishing work was not up. Armored doors, the external cover of the well and the technological equipment (such as the ventilation system) were missing. The difficulties encountered in the excavation caused the delays: the ground near the building proved to be of poor consistency entailing the need to build the foundations at a depth double than expected. If it had been completed, it would have been the Italian bunker with the highest degree of resistance dedicated to the protection of a single personality.

In Vicolo del Puttarello, near Trevi Fountain, there is the archaeological area of Vicus Caprarius, also called "City of Water", discovered in 1999 in the basement of a cinema.

Inside, along with the remains of ancient houses, there is a large water tank originally connected to the Virgo aqueduct and probably used until the 6th century AD, when the structures were damaged by the Goths.

The path is enriched with didactic panels and an exhibition of materials found during the excavation, such as pottery, sculptures and coins; a video reconstructing the various architectural phases and the events that marked the history of this place complete the visit.