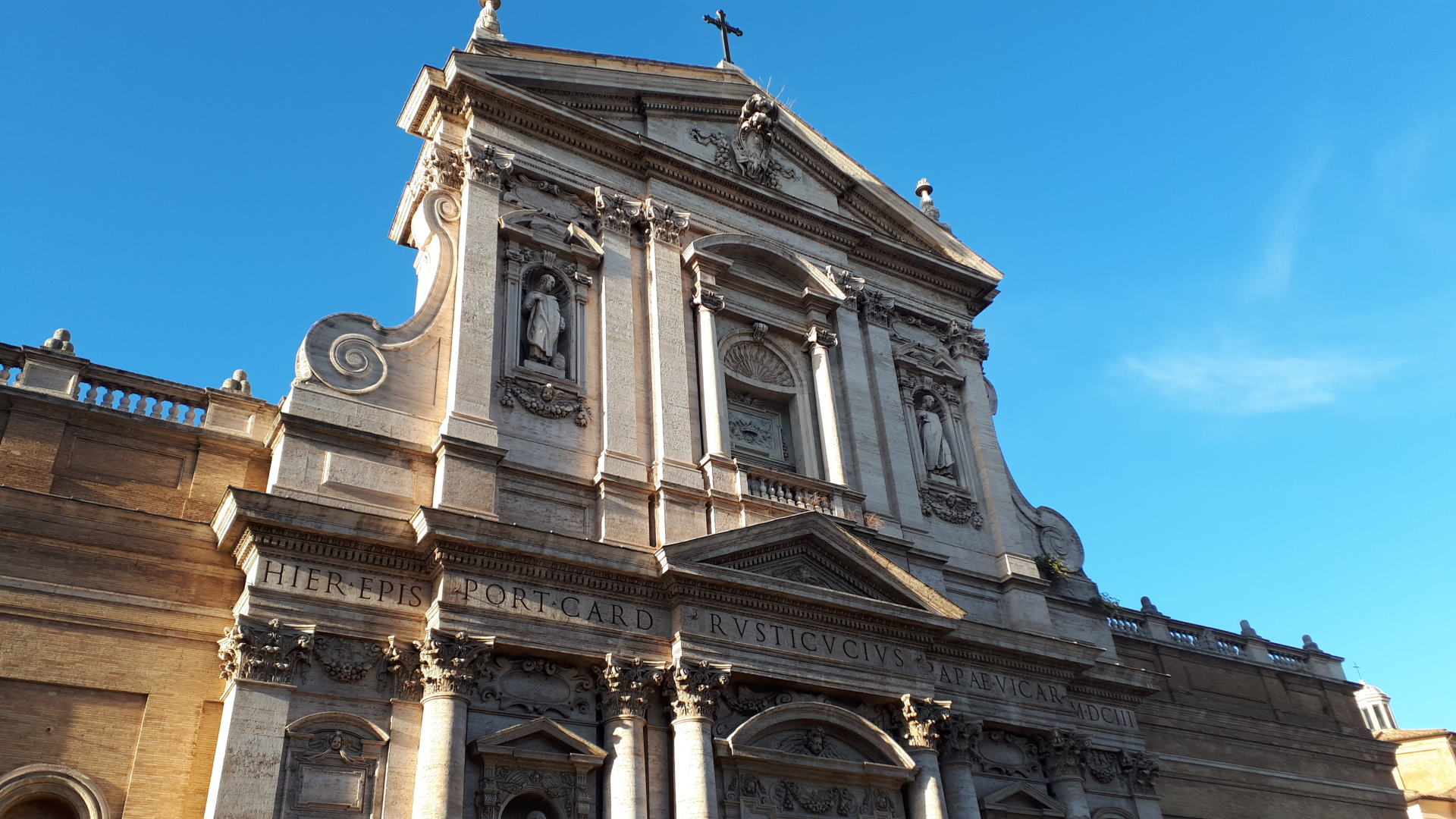 The story of the Roman virgin martyr St Susanna takes us back to the time of the Emperor Diocletian: according to tradition, the young woman was in fact beheaded after she refused to marry the emperor’s son to give herself only to God. The site of her martyrdom, near the ancient Baths of Diocletian, became the center of her veneration and a church dedicated to the saint “ad duas domus” is mentioned from the 6th century. The name hints that the original place of worship was created from two private houses, owned by Gabinus, Susanna’s father, and Caius, mentioned as her uncle and later elevated to the position of bishop of Rome.

Over the centuries the building underwent many changes. In the 9th century Pope Leo III transformed it into a large basilica-plan church with an aisled nave; the church was then rebuilt in 1475 by Pope Sixtus IV and again at the end of the 16th century by Cardinal Rusticucci, protector of the Cistercian order to which the church had been granted. The restructuring works promoted by the cardinal, completed in 1595, led to the reduction of the liturgical hall to a single nave with two side chapels, and to the construction of a new high façade, completed in 1603 by Carlo Maderno, who until then had worked mainly with his uncle Domenico Fontana.

The two-storey façade is one of Maderno’s first and most beautiful works: it is one of the finest early examples of a fully developed Baroque style and became a model for other façades of the city. The majestic portal in the center is flanked by two niches with the statues of the saints Felicity and Susanna. Flanked by statues (by Stefano Maderno) is also the large central window in the upper storey, while the elegant crowning triangular tympanum is adorned with Cardinal Rusticucci’s coat-of-arms. The interior is richly decorated, with frescoes by Cesare Nebbia and four huge paintings by Baldassarre Croce with scenes from the life of St Susanna. The beautiful Chapel of St Lawrence preserves frescoes by Giovan Battista Pozzo while the 16th-century martyrdom of St Susanna on the main altar was painted by Tommaso Laureti.

Behind the apse, separated by an iron grate, is the nuns choir commissioned by Cardinal Rusticucci, with a flat coffered wooden ceiling of the period. The choir stalls were provided by Pope Paul V and the ensemble is considered one of the best surviving conventual choirs in Rome. The excavations conducted at the end of the 19th century below the church made it possible to unearth a third-century Roman house under the altar of the crypt: its remains are still visible through the glass flooring of the sacristy.