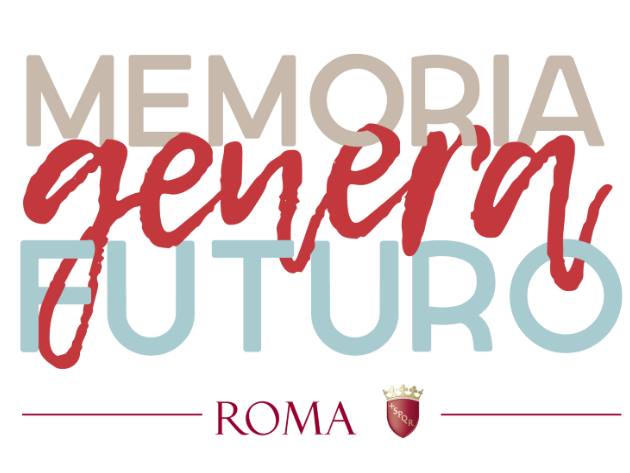 Rome commemorates the 75th anniversary of the liberation of Auschwitz death camp, on 27 January 1945, with the Memoria genera Futuro project.

In addition to keeping the memory of the event alive and transmit it to the new generations, the initiative aims to combat indifference and reflect on the atrocities of the Shoah.

The program includes over 170 events organized by Roma Capitale, and spread throughout the city: meetings, testimonies, readings, exhibitions, films and documentaries, music and theatre.

The theatre sensitizes citizens to the tragedy of deportation and extermination camps with numerous shows. Many appointments dedicated to teachers and pupils of schools from Istituzione Biblioteche di Roma and Casa della Memoria e della Storia to not forget experiences, discrimination, exterminations and persecutions.

Reflections about women with book presentations, round tables with musical interludes, interviews and readings.

The denial of the fundamental rights of Jewish children throughout Europe, during the years of the Nazi-fascist persecution, are ideally recalled in the exhibition Shoah. The stolen childhood, scheduled from 28 January to 24 July at Casina dei Vallati - Fondazione Museo della Shoah.