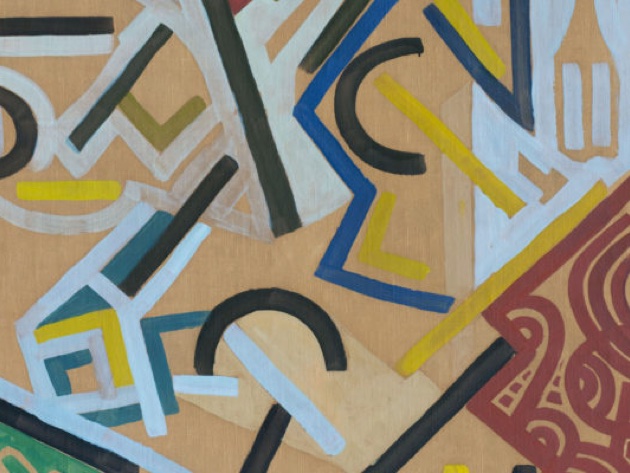 A rich exhibition dedicated to Corrado Cagli, an eclectic artist (Ancona 1910, Rome 1976), with masterpieces, (about 200) including paintings, drawings, sculptures, tapestries, sketches and theatrical costumes, displayed in the rooms of Palazzo Cipolla in Via del Corso.

The exhibition itinerary highlights the idea of art as research, through different languages and contents, showing the major pictorial cycles created by the artist in his long creative activity: from the first youthful works in majolica, to those made in oil and other techniques of the Roman School period; from the neometaphysical period, to the studies on the Fourth dimension, up to the Modular mutations of the mid-70s.

In addition, we can find also some of the panels with the cycle exhibited at the 1937 Universal Exposition in Paris, and the large cartoon of  the Orfeo enchanting the beasts’ mural performed for the 21st Venice Biennale of 1938.

Cagli, who, during his early years, establishes himself as a leading figure in the School of Rome (the name of a heterogeneous group of expressionist artists active in Rome between 1928 and 1945), has a troubled life: because of fascist racial laws, being Jewish, in 1938 is forced to leave the United States, where he will remain until 1947.

These are very important years for his artistic development: here he deepens the technique of the murals then at its peak with the Mexican school; thanks to the drawings made during the war and purchased by the MoMa, he obtained the Guggenhaim Fellowship. He collaborates with the New York Ballet Society as set designer and theatrical costume designer together with George Balanchine and deepens a spatial research which will take him to abstract drawings known as "fourth dimension”.