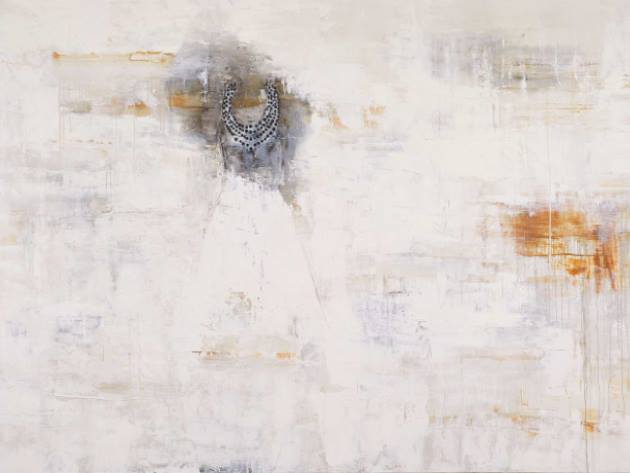 Shadow plays, Turkish baths, Pearls, Corals, Gold, Daytime outdoors, Marina and mother of pearl.
That is the brightness of En plein air, the exhibition by Pizzi Cannella, hosted at Galleria Mucciaccia, with which the Roman artist displays the characters of his own imaginary museum, portrayed in the daylight.

After the solo exhibit Salon de Musique and other Paintings at the Hermitage Museum in St. Petersburg, with the artificial light of the eccentric crystal chandeliers and the sumptuous atmospheres of the Italian and French 18th Century courts, the great painter moves towards the natural light of open spaces.

«But the philosopher says "you don’t really believe that, just because you went outdoor, you will find salvation? "». That is how Pizzi Cannella goes through the splendor of gold, pearls, white, light and day, to go into the shadows and the night. Thus, the second part of the exhibition was born: Appendice. En plein air, three works entitled Nottambulo.

12 large paintings by an artist with a refined and enigmatic stylee. A new story, a new chapter, an unmissable return.