Fronte del porto - On the Waterfront 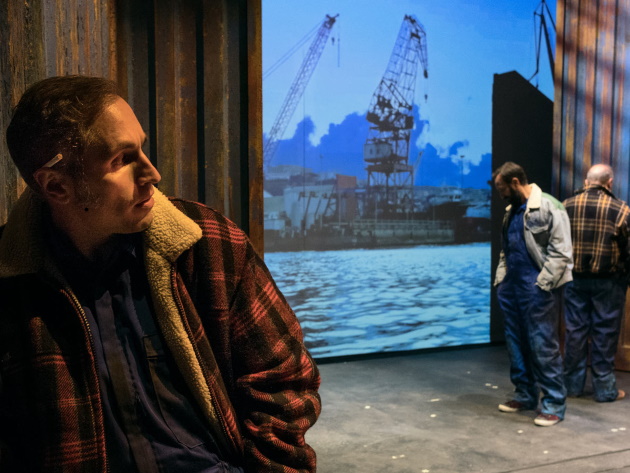 In 1954 the story of Terry Malloy directed by Elia Kazan hit the big screen, winning eight Oscars and consecrating Marlon Brando as a star: after the theatrical version of the Englishman Steven Berkoff, today “On the Waterfront” arrives on stage at Teatro Argentina with the direction of Alessandro Gassman, who also takes care of the scenes of this transposition.

We are no longer in the New York of the Fifties: the adaptation signed by Enrico Ianniello of the novel by Budd Schulberg takes us to the Naples of the Eighties, between oppression and exploitation. A community of workers are oppressed by organized crime and resigned to silence; they finds the strength to fight back thanks to the protagonist’s burst of rebellion and courage: a difficult journey to redemption passing through human doubts, limits, and imperfections, to finally confirm the values of legality, justice, and freedom.

With its port, its history and its dialect, Naples gives life to the dramatic events of this choral story, made up of intense and violent relationships, and atmospheres full of pathos. The setting plays with the music of the films, with the bright colors of the casual fashion of those years, with the cultural references of that era, but returns intact the emotional and social power of the original text.