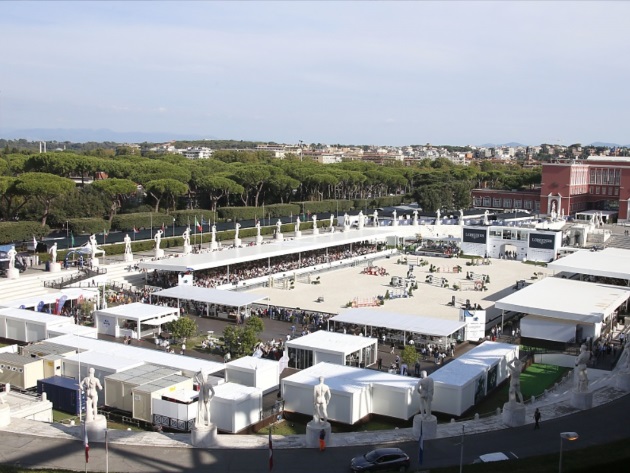 The magical city of Rome will host the elite of the world of show jumping in Italy for the Longines Global Champions Tour championship battle this September. Beautiful, inspirational Rome has been attracting visitors for over two millennia and continues to be one of the most exhilarating destinations in the world, with the unique Stadio dei Marmi an exceptional setting for top show jumping.

One of the oldest continuously occupied cities in Europe, Rome’s historic heart contains iconic monuments and artistic masterpieces from the magnificent Colosseum and the Pantheon to the Sistine Chapel and the ruins of the Roman Forum. Visitors can take in Renaissance palazzos and Baroque fountains or simply stroll through beautiful piazzas and soak up the vibrancy of the city of La Dolce Vita. Longines Global Champions Tour of Rome will be staged at the impressive Stadio dei Marmi for the fourth year running, a unique location which is ringed by 59 classical marble statues depicting different sports.

The stadium is one of the arenas in the Foro Italico sports area, home to the Italian Olympic Committee. Every year spectators fill every space available to catch a glimpse of the world's show jumping heroes in action. Italian riders will be competing in front of a passionate local and international crowd as the battle for the series championship reaches a crucial stage with competitors locked in a gladiatorial battle for the honours.

The Longines Global Champions Tour brings together the top show jumpers in the world to compete in prestigious locations for unprecedented prizemoney. The Tour offers some of the most explosive and exciting competition of any equestrian series. We are proud to host Olympic, World and Continental Champions as they battle fiercely for the prestigious title of overall season Champion of Champions 2019.