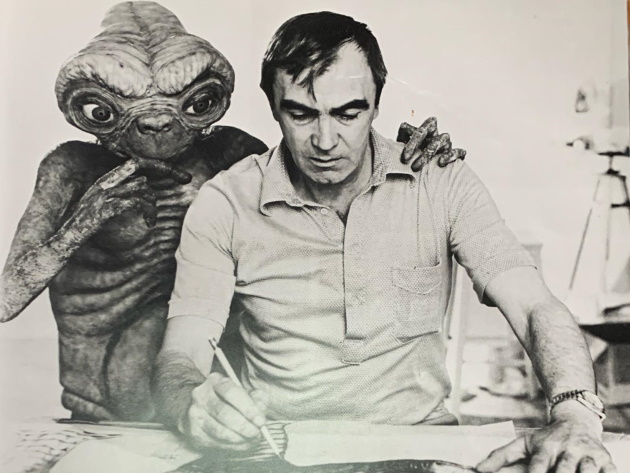 Eclectic and brilliant, in his long and successful career the three-time Oscar winner Carlo Rambaldi entered the collective imagination by transforming the world of cinema in a pre-digital era with his special effects.

Palazzo delle Esposizioni now celebrates his creativity, imagination and craftsmanship with an exhibition that retraces the history of Italian and international film industry from the 1960s to the present day. Born in Vigarano Mainarda in 1925, Rambaldi was a fine-arts painter and sculptor by training. He began his career in his native country (working in films such as Dario Argento’s “Deep Red”) before moving to America. In Hollywood, he gave life to unforgettable characters, monsters and aliens who populated famous films by some of the most important directors of the last decades. Made up of disparate materials and complex mechanical structures, his creatures moved, amused and frightened people, often becoming the main film characters: ET, King Kong, and Alien, just to name a few.

With the help of materials from Rambaldi’s private archive, some of which unpublished, the exhibition highlights Rambaldi’s pioneering work, while at the same time emphasizing the Italian artisan tradition in the film industry and documenting the work of the new generations of special-effect artists. A section of the exhibition is dedicated to the work of Makinarium, one of the most qualified groups in this sector, which has restored the works of Rambaldi for the occasion.