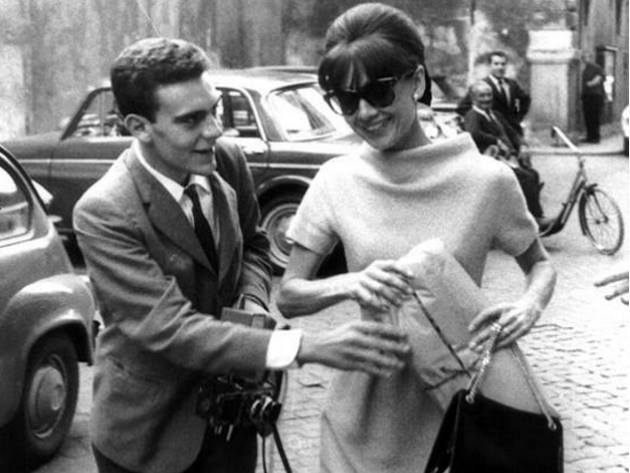 A journey  into the glamor of the late 50s and early 60s: 40 iconic shots of an era that made the whole world dream, immortalized by the lens of Rino Barillari who, with a wonderful selection of his immense archive, portrays the sparkling years of the "Dolce Vita".

"When I arrived at Termini Station in the early 60s, it really felt like America, it was crazy", recalls the famous paparazzo of his early days when, after running away from home at 14, he started working as a "scattino" (slang for who shoots photos at people on the streets) at the Trevi Fountain in Rome.
That is how he bought his first camera, a Comet Bencini, giving life to his great adventure that represented the fresco of an era and that led him to an incredible series of vicissitudes, with 76 cameras destroyed, 11 broken ribs and hundreds of times in the emergency room.

"Rino Barillari – 40 scatti della mia Dolce Vita" (Rino Barillari - 40 shots of my Dolce Vita) is an unmissable, curious, exciting and magical exhibition. The testimony of a protagonist among the protagonists, always in the right place at the right time. Behind every shot and every scoop there is a story, an episode or a curiosity that, in the images on display, are told by the texts of the journalist and writer Antonella Piperno.

These are the years of sartorial sheath dresses, prestigious fashion ateliers, refined three rounds of pearls, silk scarves: the international Jet Set is in Rome, in a whirlwind of scandals, luxury, affairs and glossy atmosphere. Rino Barillari, with his flash, has captured the parade of stars and the spirit of an irresistible and unforgettable time in the collective memory.