Jan Fabre - The Rhythm of the Brain 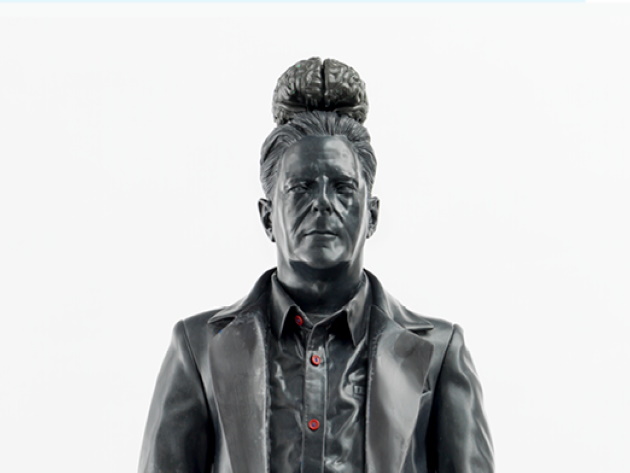 The scandal artist “par excellence” and a contemporary author among the most highly rated and controversial.

It’s Jan Fabre, the master of strong contrasts that has fascinated and turned up more than a few noses for over 40 years. The man and his double, with the soul divided between the gentle appearance that enchants and envelops and the obsessions he exorcises creating works of great visual impact that fascinate or repel, but that certainly nobody is indifferent to.

His art is made of conflicts, impulses and fixations, for the human body, for insects, for religion, for death and for life. He painted with (his) blood, with tears, with sperm and urine, he carved a tribute to Michelangelo's Pietà in which the Madonna has a skull instead of a face.

His last appearance in Rome dates back to 2015, at the Teatro Argentina during the Romaeuropa Festival, where he directed his theatrical monstre, Mount Olympus - To Glorify the Cult of Tragedy: 24 hours of uninterrupted and exhausting show on the cult of tragedy, between slaughtered meat, nauseating smells and repeated actions up to the limit of the performers’strength.

This year, again for the Romaeuropa Festival, the controversial artist returns to the Capital to present Jan Fabre - The Rhythm of the Brain, the exhibition that celebrates his multi-faceted and visionary artistic production.

Among unpublished sculptures chosen specifically by Fabre himself, and other works never showed in Italy, the exhibition displays also a series of drawings and a performance film, made with the Italian neuro-scientist Giacomo Rizzolatti, the discoverer of mirror neurons, those that allow learning through imitation.

In a reference to suggestions and artistic tributes, together with Fabre's original works, creations by De Chirico, Donghi, Capogrossi, Janni, Casorati and Cambellotti are the direct inspiration for the selection of some of his unpublished sculptures.