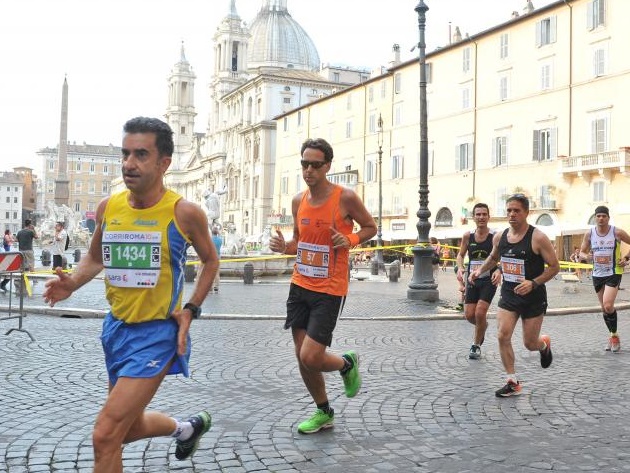 The thirteenth edition of Corri Roma starts at 8:15 from Via di San Gregorio and ends up at the Circus Maximus. The 10 km competitive and not competitive road race was conceived in 2005 to celebrate the famous Ethiopian athlete Abebe Bikila who, running barefoot, crossed the finish line at the 1960 Olympic Games marathon.

The race winds through the historic sites and streets of the city centre such as Aventino, Bocca della Verità, Piazza Venezia, Largo di Torre Argentina, Piazza Navona, Ponte Umberto I, Via di Ripetta, Piazza del Popolo and Via del Corso.

This year, before the race, a bouquet of flowers, a dedication to Bikila and a race-bib with the number 11, like the one he wore in 1960, will be laid in Via di San Gregorio, under the memorial plaque named after the Horn of Africa champion.
The event always sees a massive participation of runners, and stands with those that register among the highest percentage of female attendance in Italy.