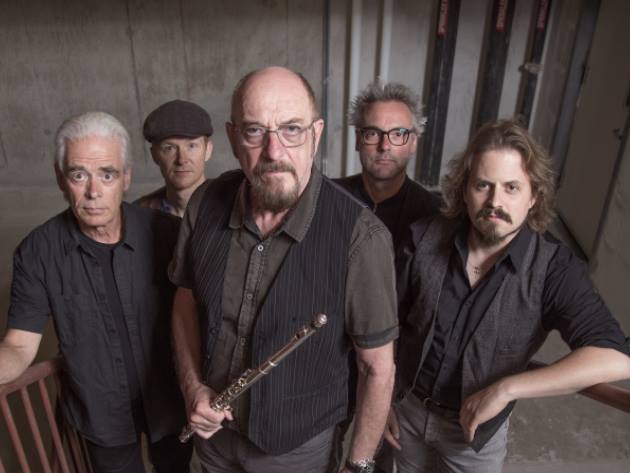 The Jethro Tull, legendary progressive rock band, are back on the stage of the Auditorium Parco della Musica for a 50-year celebration concert.

They have half a century of activity behind them, but time has not affected their success and charisma. It was 1968, when some young British musicians founded a band in Luton. In February of that same year, the legend was born: Jethro Tull performed for the first time with this name at the famous Marquee Club of London. Over the years, the band's line-up has changed: John Glascock tragically disappeared, some left, others were fired, others changed ways, but frontman Ian Anderson, the magnetic elf of rock, led the group until today, bringing it to the milestone of the Jethro Tull 50 Anniversary Tour.

Today, Anderson, his voice and his magic flute, Florian Opahle on electric guitar, Scott Hammond on drums, John O'Hara on keyboards and David Goodier on bass, with Ryan O'Donnell's additional vocal and theatrical contribution on stage, continue to captivate the audience with their thrilling sound, presenting the ongoing legacy of Tull’s music to all those who love Rock, Folk, Jazz and Classical-inspired music.

The concert in Rome represents an intense musical experience in the immense catalog of the group, from the first albums, such as "This Was" and "Stand Up", to the present days of a unique and sensational story.