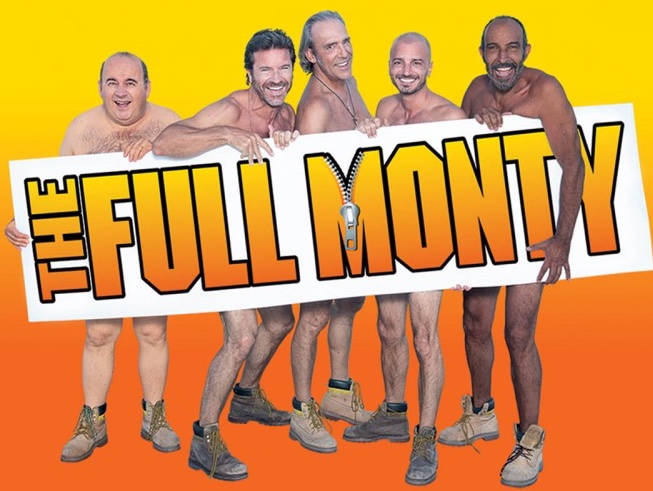 On stage at the Sistina theater, one of the most legendary and famous musicals in the world: The full monty.

A music show from 2000, inspired by the 1997 English film of the same name, directed by Peter Cattaneo, a box office blockbuster and an Oscar winner.

The plot of the show recalls the one of the well-known film in which the protagonists Gaz and Dave, two unemployed from Sheffield in great economical difficulties, try to find expedients to go on, also trying to steal.

Until Gaz, who risks losing custody of his son because in arrears with the maintenance costs of his ex-wife, thinks of an original solution to get out of trouble: inspired by a group of professional strippers who perform in the city, he decides to put on a striptease show involving other unemployed, all with economical problems.

With the protagonists of another highly successful musical (Mamma Mia!), Paolo Conticini and Luca Ward who, with Gianni Fantoni, Jonis Bascir, Nicolas Vaporidis and a great cast and live orchestra, the show is confirmed as a story of social redemption behind the positive energy it transmits to the public.