Solo. The legend of quick-change 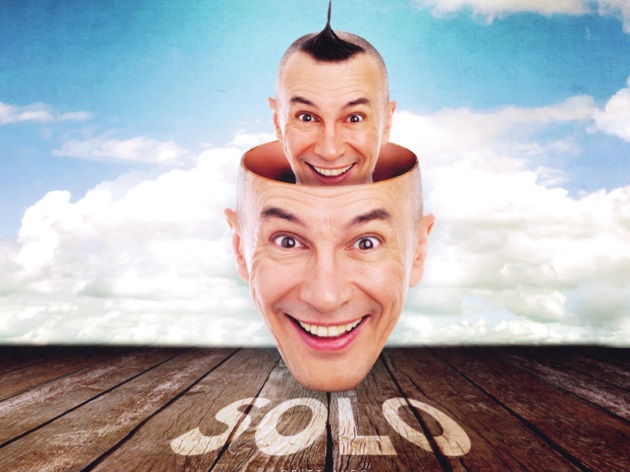 The legend of transformations, the greatest quick change artist in the world, returns to Rome to give life to a surrealist and acrobatic variety and a one-man show so far applauded by over 2,000,000 spectators worldwide.

Arturo Brachetti opens the doors of his home to take us on a magical journey into his mind, his dreams, his memories and his fantasies.

7 rooms without place and without time, and over 60 characters - many specially designed for Solo - in a whirlwind of sidereal-speed dress changes, Chinese shadows, laser projections and sand painting, all immersed in a kaleidoscope of lights, costumes and illusions.

Solo is also a journey into the artistic history and into the extraordinary worlds of the man with a thousand faces and his fascinating disciplines, great classics like the Chinese shadows, the mime and the chapeaugraphie - recreating of the characters through the hats - and novelties like sand painting and videomapping that emphasizes the details and involves the spectators in a thrilling 90-minute show.

Famous and acclaimed all over the world, Brachetti is the great international quick change master, an art that he himself brought back to life and reinvented in a contemporary key.

His career began in Paris in the 80s, where he made his debut and became for years the leading attraction of the Paradis Latin. Since then his rise is unstoppable: he has performed in the four corners of the planet, in different languages and in hundreds of theatres where he has staged over 400 characters and 100 in a single evening, changing from one to another in little more than a second. He was included in the Guinness Book of World Records as the most prolific and fast-changing artist in the world, France honoured him with the prestigious Molière Prize as best theatrical actor, England with the Laurence Olivier Award and, in 2011 he was named Knight of the Arts and of Labour by the French Minister of Culture.