Line A: railway infrastructure renovation works during the Summer 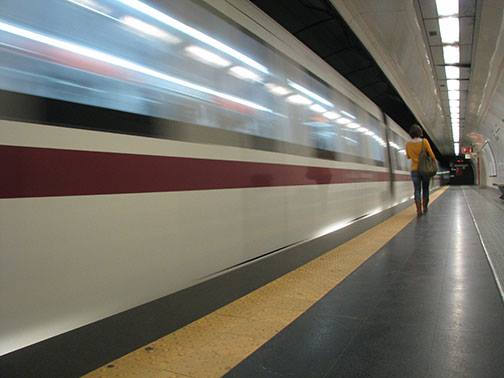 This Summer, line A of the subway will be involved in railway infrastructure renovation works.
In order to minimize inconveniences, from 8 June to 21 July works will be performed only on weekends and on a limited number of stops of the line A.

From 4 to 25 August, a greater number of subway stops will be affected by renovation works.
Works will be performed in this time of the year owing to the decrease of travellers in summer months.

During the month of August, when the number of travellers drops significantly, the most extensive works will be carried out:
- from 4 to 13 August, circulation will be interrupted between Termini and Anagnina stations while trains will run regularly between Termini and Battistini stations.
- from 12 to 18 August;
- from 14 to 19 August, trains will not run between the stations of Ottaviano and San Giovanni.
Line A will remain active from Battistini to Ottaviano and from San Giovanni to Anagnina stations.

- from 20 to 25 August, circulation will be interrupted between Termini and Battistini stations while trains will run regularly between Termini and Anagnina stations;
- from 26 August, the service on line A will resume regularly on the entire line following the usual schedule.
During the work, Atac will provide assistance and information to travellers.

Further information regarding train networks, subway service and replacement buses are available in the subway station, on board the buses and on the digital channels www.atac.roma.it, Twitter @InfoAtac e Telegram telegram.me/infoatac, muoversiaroma.it.