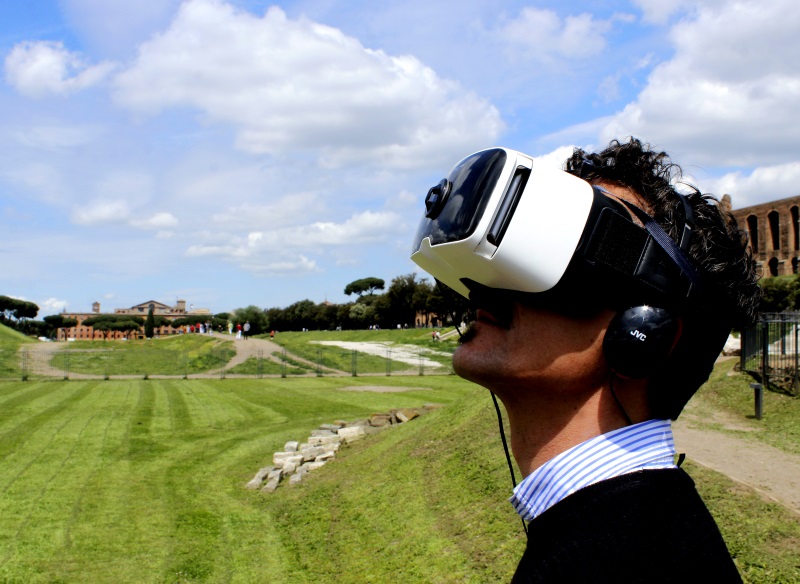 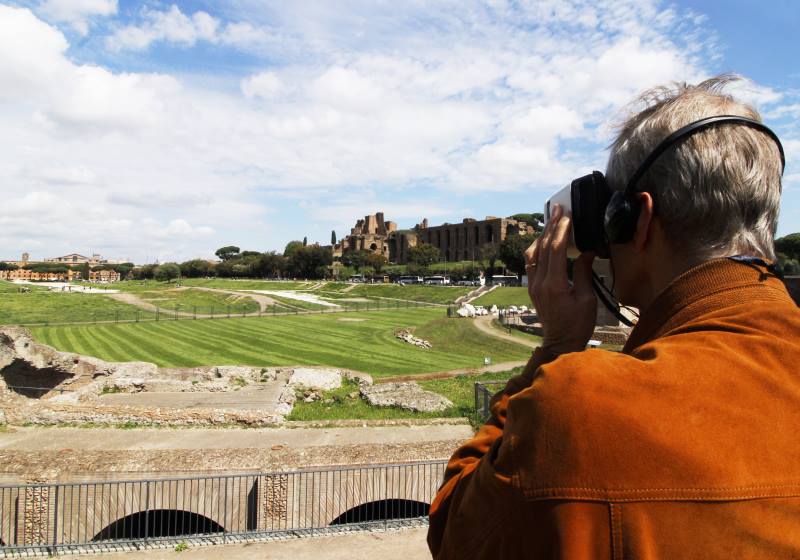 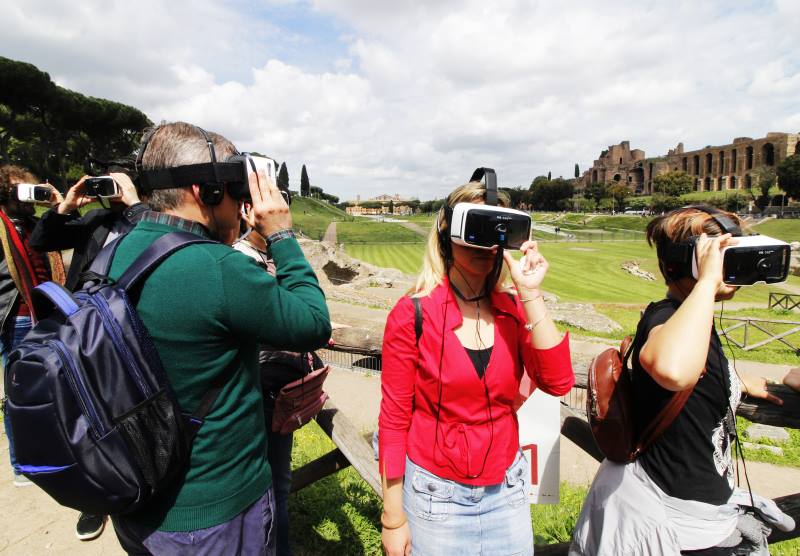 22 extraordinary evenings to immerse yourself in the history of the largest circus of ancient times. From 14 July to 13 August, from 6 pm to 9 pm, the immersive virtual and augmented reality visit reopens to the public before "Opera al Circo Massimo", the Summer season of Teatro dell'Opera di Roma.

The visit, lasting about 40 minutes, is articulated in 8 stops. Through the use of a special viewer and stereo earphones, the immersive path embraces all the historical phases of the Circus Maximus: from the first and essential wooden construction to the glories of the imperial age, from the Middle Ages to the first decades of the 1900s.

Visitors can completely relive the history of the archaeological site, rebuilt both from an architectural and landscape point of view. It is possible to admire the development of the ancient Murcia Valley with its constructions, stroll in the Circus among the shops of the time, witness an exciting race of quadrigas between shouts of incitement and overturning of wagons, and be breathless in front of the imposing Arch of Titus reproduced in full size.

The reconstructions, all carried out using the scientific method, and appropriately calibrated to work in real time on a mobile device, allow an immediate and accurate alignment of the 3D models to the reference context, for a fruition of the experience, both in virtual and augmented reality in stereoscopic mode.

In compliance with the anti-Covid-19 prevention measures, each visitor will be given, sanitized and individually wrapped, a visor on which to place the viewer with disposable stereo earphones. There is also provision for quota entry to the area (max 7-8 people every 15 minutes), interpersonal distance and temperature measurement with a thermal scanner.

The narration, in Italian by the actors Claudio Santamaria and Iaia Forte, is available in English, French, German, Spanish, Russian, Chinese and Japanese. Simplified subtitles in Italian or English are available for deaf people. The experience is accessible by people with motor disabilities. The use of viewers by children under 14 is only allowed with a consent form signed by the parents.

THE VALLEY FLOOR OF THE CIRCUS IN THE ARCHAIC PERIOD
The immersive experience begins with the presentation of the Valle Murcia located between the Palatine and Aventine hills. Meeting and exchange place between populations, as well as home to many cults (Murcia, Cerere and Consus) celebrated with festivals, equestrian competitions and propitiatory rites for the fertility of the fields, witnessed the legendary Ratto delle Sabine. In the Middle Ages, it underwent some transformations, above all, by the Tarquini, the last kings of Rome, who had the first rows of wooden seats built. With the development of the city and the greater importance acquired by public events, the racing space was enriched with functional elements such as the Càrceres, the starting stalls of the chariots, and the stands that gradually expanded to give life to what would become the most impressive spectacle building ever built.
THE CIRCUS FROM THE 1ST CENTURY BC TO THE 1ST CENTURY AD
The journey continues the first interventions operated by Julius Caesar and Augustus who, for the first time, conceived the Circus as a monumental structure separated from the other buildings of the Valley. The Circus was internally divided into three sectors: the lower one in masonry and the other two in wood. The presence of wooden seats in most of the steps often favored the flare up of devastating fires, such as that of 64 AD which originated from one of the shops in the Circus. At the beginning of the first century, Traiano rebuilt the building entirely in masonry. The structures that are still visible today belong to this phase.
THE CIRCUS IN THE IMPERIAL PERIOD
In the Imperial period, Circus Maximus reached the peak of its splendor. The building was enriched with various elements loaded with symbolism and religious meanings linked to the agricultural festivities of the origins and to the cycle of the seasons. In addition to the chariot races, which were the most important and most frequent events taking place in the Circus, it was also possible to watch other types of shows, such as hunting trips with exotic animals.
THE SEATING TIERS (CAVEA)
On one side of the Circus were the Càrceres (the starting stalls of the chariots), while the other three sides constituted the Càvea, the tiers. The spectators took place in different sectors based on their social class. With its articulated structure, the Circus was certainly a unique monument of its kind, an immense scenic machine created to amaze.
THE ARCH OF TITUS
Dedicated in 81 AD from the Senate and the Roman people to the Emperor Flavio to celebrate the conquest of Jerusalem in 70 AD, the imposing Arc will be visible in all its ancient splendor. Passing through it was a fundamental part of the triumphal processions in honor of the generals and the victorious emperors. The procession started from Campo Marzio, entered in the Circus and headed to the temple of Giove Capitolino, on the Capitoline Hill. Symbol of triumph and victory, about 20 meters high and with three arches, the Arch was surmounted by a large bronze quadriga led by the emperor.
THE SHOPS (TABERNAE)
In the outer belt of the Circus were several shops called tabernae, very popular not only during the shows. Various commercial activities were carried out and it was possible to find the most disparate goods to satisfy every need.
THE CIRCUS IN THE MIDDLE AGES AND IN MODERN TIMES
The transformations that involved the area from the Middle Ages to the first half of the Twentieth century.
The last races in the Circus took place in the first half of the 6th century AD, then the area was filled with sediments and from the 8th century it was crossed by several waterways.
The construction of the Torre della Moletta, a medieval defensive building, dates back to the 12th century.
In the 1600s, the slopes of the Aventine hill were occupied by the Jewish Cemetery, whose cypresses, even today, indicate its ancient location.
In 1854, the Anglo-Roman Gas Lighting Company built the first gas production plant for public lighting. The factory occupied about two thirds of the area.
In the first decades of the 1900s, the Gazometers were transferred and the entire area was reclaimed: between 1928 and 1936 some sectors of the ancient Circus were dug, and partly restored, but the presence of groundwater did not allow the completion of the work.
Beginning in 1936, the area of the Circus Maximus was granted to the National Fascist Party, which began to use it as an exhibition space. Impressive pavilions were built, as well as a real bathhouse consisting of three swimming pools, dismantled in 1940 due to the beginning of the Second World War.
"A DAY AT THE CIRCUS"
The last stop of the visit sees an exciting race of quadrigae as the audience cheers and the chariots overturn.

Tickets can be purchased online on the website www.circomaximoexperience.it or calling the contact centre 060608 (active every day from 9.00 to 19.00). They can also be purchased on the spot, after filling in the form with the visitor's personal data, and in the Tourist Infopoints. A reduced entrance ticket is provided for the MIC card and Roma Pass holders.

Closed every Mondays, 25th December, 1st January, 1st May
Please note: rain may cause visits to be suspended – please check in advance 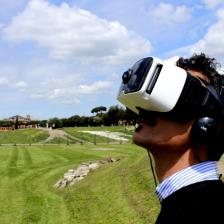 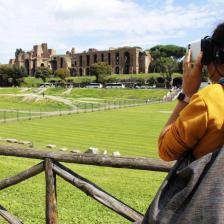 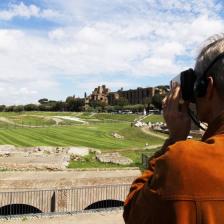 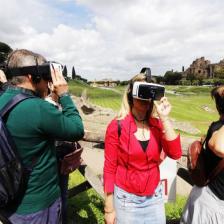 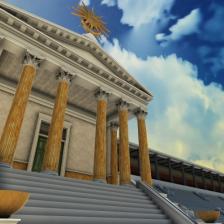 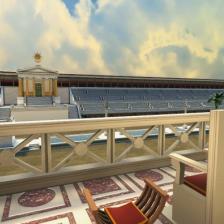 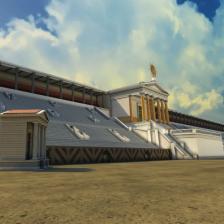 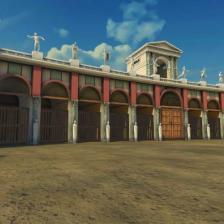 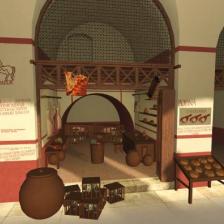