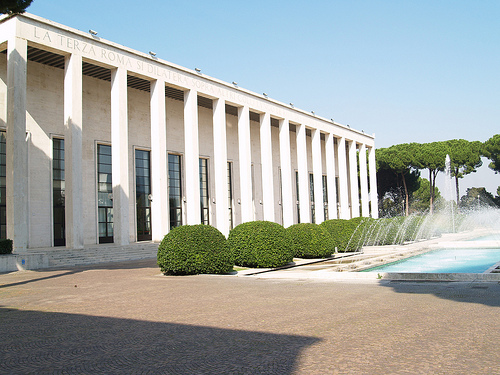 There is a Rome below ground whose existence not many know anything about, that of the “bunkers” or rather underground air raid shelters. Fascist Leader Benito Mussolini had three built: at his private residence of Villa Torlonia, under his office in Piazza Venezia and at Eur (entrance in Piazza Adenauer 8, under Palazzo degli Uffici).

One singular detail however distinguished the latter from the other two: it was not specifically made for the Duce, but as an emergency shelter for top officials supervising work on the Universal Exhibition, from which the Eur district got its name but in actual fact never took place because of the war.

The shelter, built between 1937 and 1939, is located 32,9 metres below sea level and covers a surface of around 475 square metres. Designed according to the latest air raid shelter criteria of the time, this refuge would have enabled about 300 people to survive there for at least 4 months.

The shelter has recently been regularly opened for special events, such as to host exhibitions.

open in occasion of events