The Subtleties of Elevated Things 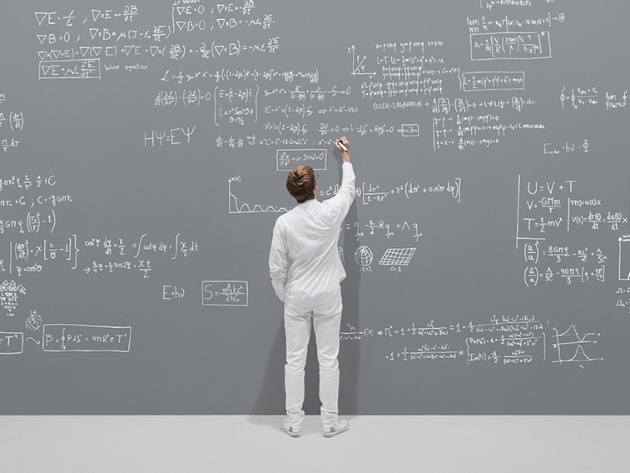 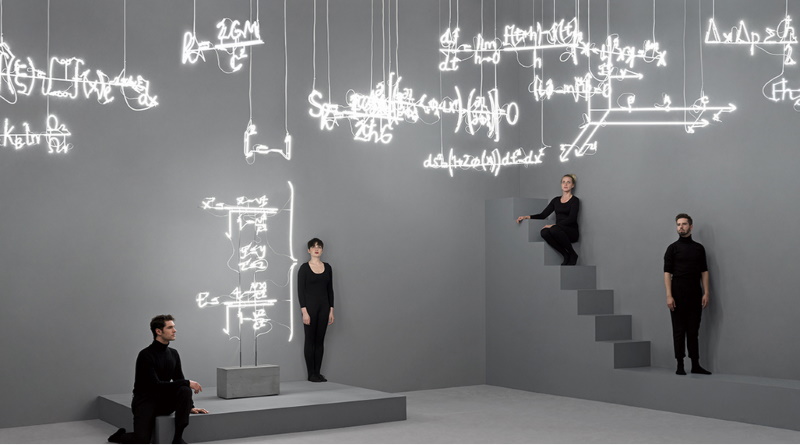 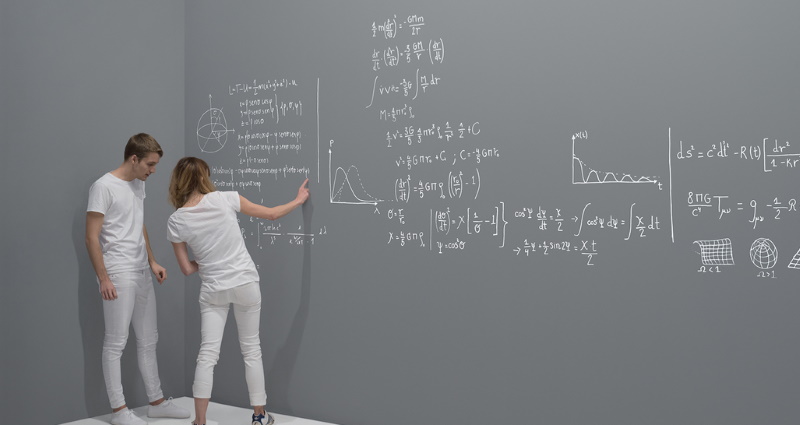 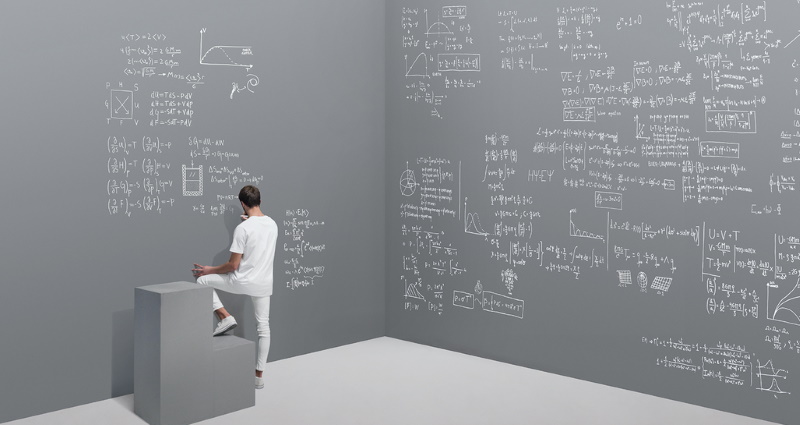 What happens when magnetic fields migrate? When time loses unity, direction, and objectivity? What would happen if space suddenly folded in on itself, inverting its structure?

The rigorous research of Andrea Galvani (Verona 1973, lives and work in New York and Mexico City) coalesces around history’s biggest questions - investigations nurtured by social, educational, political, ideological, technological, and scientific transformations that continue to change the conditions of our daily lives, inescapably and oftentimes invisibly.

La sottigliezza delle cose elevate [The Subtleties of Elevated Things] is an interdisciplinary project conceived as an open laboratory, an experiential environment in constant and continuous evolution. Through a series of architectural installations, actions, and performance specifically developed for Pavilion 9B of the Mattatoio, Galvani focuses our attention on the human need to measure, decipher, and understand the unknown, to give shape and direction to the abstract.

The title of this exhibition is adapted from the grimoire Shams al-Ma'arif wa Lata'if al-'Awarif (كتاب شمس المعارف ولطائف العوارف), The Book of the Sun of Gnosis and the Subtleties of Elevated Things, written by Ahmad ibn ‘Ali al-Buni before his death in 1225 CE.

Shams al-Ma'arif is generally understood as the most influential text of its kind in the Arab world, opening with a series of complex magic squares that demonstrate hidden relationships between numbers and geometrical forms. It was written at a time when science, mathematics, and magic were intricately intertwined.

For over 10,000 years, humans have looked out on the visible and intelligible world, constructing our intellectual inheritance through observation, calculation, and analyses of phenomena often described with equal parts logic and mysticism. Many of the greatest minds in the history of Western science were part of this legacy: Galileo Galilei and Johannes Kepler were avid astrologists; Isaac Newton and Robert Boyle were alchemists. In his groundbreaking Systema Naturae (first published 1735), Carl Linnaeus devoted a whole chapter to the taxonomic order of mythical creatures, like the hydra and the phoenix. For the great physician Paracelsus, mastering chemical as well as magical cures was crucial to understanding illness and wellness.

La sottigliezza delle cose elevate embodies this visionary, pioneering, transdisciplinary approach to scientific research and processes, while also embracing the emotional, spiritual, and metaphysical environment of the exhibition. In this show, the Mattatoio does not only contain an articulation and extension of scientific and mathematical languages that transform, expand, and illuminate architectural space, but also the physical, intellectual, and psychological effort behind the mathematical calculations that form the architecture of our collective knowledge.

Upon entering the space, you will encounter The Subtleties of Elevated Things - a live performance produced in collaboration with researchers from the Sapienza University of Rome. Galvani has invited a group of students, graduates, and research fellows across different scientific disciplines to develop complex analyses and calculations on-site. Through intensive daily intervention, the space becomes an athenaeum for the duration of the show.

The architecture of the entire pavilion will gradually transform into a manifold numerical fabric, a silent dialogue describing complex phenomena - deconstructing, designating, and interrogating the very nature of the reality that surrounds us.

The raw process of computation and analysis - the uncertainty, the mistakes, the physical and intellectual effort of continuous numerical elaboration, developed by researchers working live on the walls of the exhibition space - becomes the very center of the action.

The Subtleties of Elevated Things exposes what is normally hidden from us: human presence, its triumph and fragility, the desire to understand, to solve mysteries, the emotional, psychological and behavioral architecture that constitutes the engine of learning.

Behind each calculation is a constellation, stratified layers of knowledge, thousands of white lines that intersect, mathematically mapping the steps in an ongoing process of scientific inquiry that is open to the future, welcoming the public. 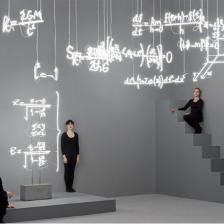 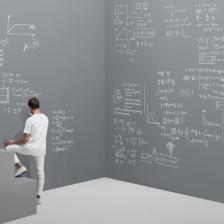