La luna sul Colosseo 2020 - The Moon over the Colosseum 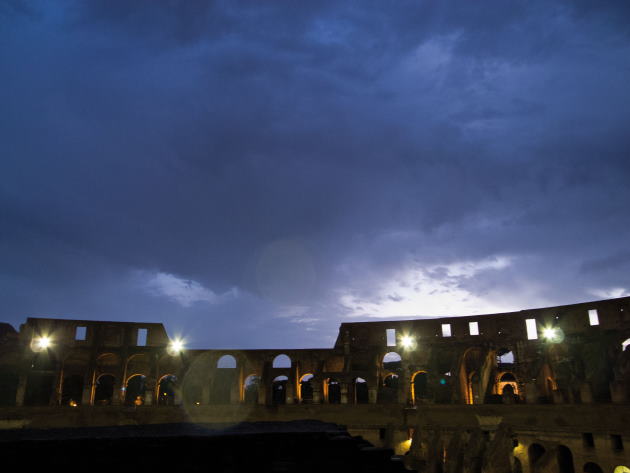 The Colosseum archeological park kicks off the 2020 edition of The Moon over the Colosseum with a new evening itinerary. In keeping with social distancing requirements and gathering limits, groups of up to 20 people will be accompanied by an operator.

“Of wizards, necromancers, shepherds and other crafts” is the name of the new itinerary that starts from the recent rediscovery of some graffiti engraved in the travertine of the first order corridors and belonging to the period between Late Middle Ages and 17th century: names, dates, sacred and profane symbols illustrating fragments of stories about common people who lived, worked and hung out at Colosseum, when the monument was almost isolated from the rest of the city and partly buried.

On the arena floor, what remains of the underground tunnels where gladiators and animals waited to perform will help visitors relive the fascinating stories that made the Colosseum so famous all over the world. Going up to the second order, the museum space “Il Colosseo si racconta” is a testament of the life and charm of a monument that has become an icon of modern Rome, also by recalling the ceremony of the via crucis that originally took place along the perimeter of the arena.

The quiet magic of the monument in the evening, between subdued lights and the shadows of the arches, is completed with a view of the Colosseum square, between the Arch of Constantine and the solemn Temple of Venus and Rome.