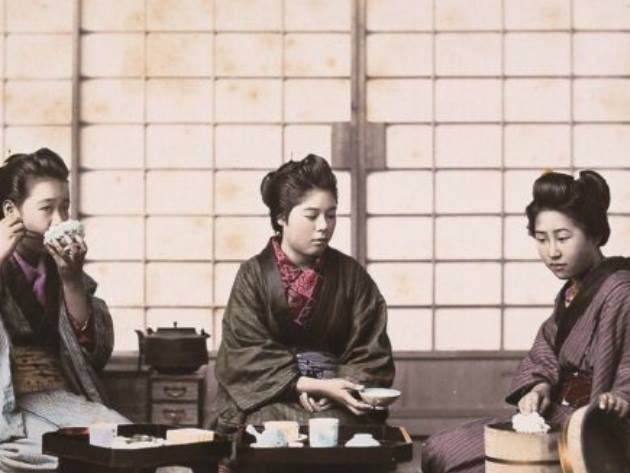 The Japan Cultural Institute in Rome hosts a refined exhibition focusing on how Japan looked like at the end of the 19th century, portrayed by the adventurer and photographer Adolfo Farsari.

On display 64 images, expression of the “Yokohama Shashin”, the black and white photograph hand-coloured after printing, with which Farsari narrated a poignant Japan in slow and inevitable evolution.

Manager, entrepreneur, Knight of the Order of the Crown of Italy, photographer and painter, Farsari's life was exceptional: born in Vicenza in 1841, after studying at the Military Academy in Modena, he left for New York, fought in the American Civil War; he was wounded by a grenade then by a sword stroke, took the US citizenship, joined the US army and, in 1876, arrived in Yokohama from San Francisco.
Adventurous man, the photographer is considered the master of hand-colouring on photos and, above all, the author of rare beautiful documents, which revealed to the West the traditions, ancient stories and charm of faraway Japan.

Realised in collaboration with the Italian Cultural Institute, the initiative presents to the public part of the research conducted by the curator Osano Shigetoshi - Professor emeritus and Project Professor of the University of Tokyo - together with a team, in the years 2005-07 in Italy and Japan.