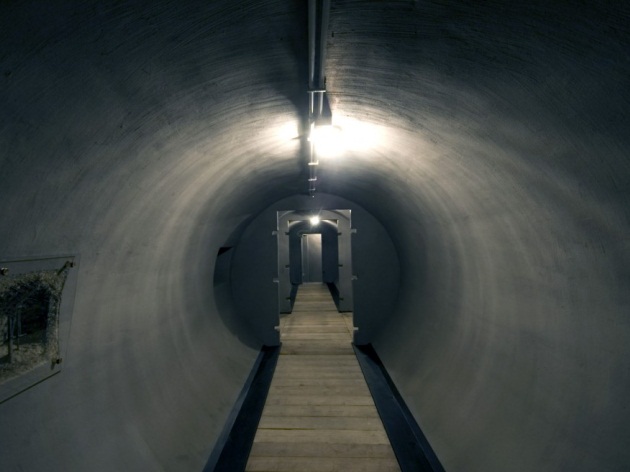 The bunker and air-raid shelters of Villa Torlonia are also reopening.

The areas were initially opened to the public in 2006 and closed shortly thereafter due to the radon levels in the rooms. After various structural interventions and remediation efforts, these sites are now completely safe, and visitors are once again being welcomed into settings outfitted with original period pieces and equipment.

The tour is enhanced with historically accurate materials explaining the functioning of the various areas, in order to allow for easier reading and comprehension.

From 1929 to 1943, Villa Torlonia was the private residence of Benito Mussolini and his family – his wife Rachele and five children (Edda, Vittorio, Bruno, Romano, and Anna Maria). Mussolini accepted the invitation from Giovanni Torlonia Jr. to make this prestigious estate his home.

When Italy entered the war in 1940, three underground armored structures were built at the villa to protect the Head of Government from any threatening attacks from above.

The air-raid shelters with gas protection located at Villa Torlonia are (in chronological order):

- Cantina Shelter built in 1940 under the estate’s “Fucino Lake” and used until the end of that year; it was the first room specifically built as a shelter. It was equipped with double armored doors and anti-gas system which was crank-operated to filter and regenerate air. The lighting was battery-operated and the shelter also had a toilet, telephone with a direct line for Mussolini’s use, first aid kit, and box spring with mattress.

- Casino Nobile Shelter built in 1941 on the basement level of the main building and used in 1942 and 1943, proving to be more functional than the Cantina Shelter and located inside the Casino Nobile building. The rooms were equipped with reinforced concrete walls 120 centimeters thick and an air filtration and circulation system.

To support the historical interpretation of these areas, there are multi-media materials, photographs and panels displaying interesting documents, in some cases shown to the public for the first time and even coming from foreign archives.

- Bunker designed and built under the exterior piazza of Casino Nobile. The structure of this completely new armored bunker was dug to a depth of 6.5 meters below the piazza in front of Casino Nobile; it has a cross-shaped floor plan and round tunnels protected by a covering in reinforced concrete 4 meters thick. Construction began in late 1942, but the bunker was never finished since the last few details were still underway when Mussolini was discharged and arrested (25 July 1943). The armored doors, exterior covering of the chamber, and technological features (ventilation system) were not yet finished. The delays were caused by difficulties encountered during the excavation phase. The terrain near the building was of poor consistency and the foundation had to be poured twice as deep as planned. If this shelter had been completed, it would have been the bunker with the highest level of resistance ever built in Italy for the protection of a single person.

The bunker and shelter of Casino Nobile were restored and opened to the public for the first time in 2006 and closed shortly thereafter due to the radon levels in the rooms. After some structural interventions and remediation efforts, these constantly monitored areas are completely safe for visitors.

Opening on Friday, October 31, 2014 with guided tours in six languages only, booking required