The Garden of Ninfa: 2021 opening days 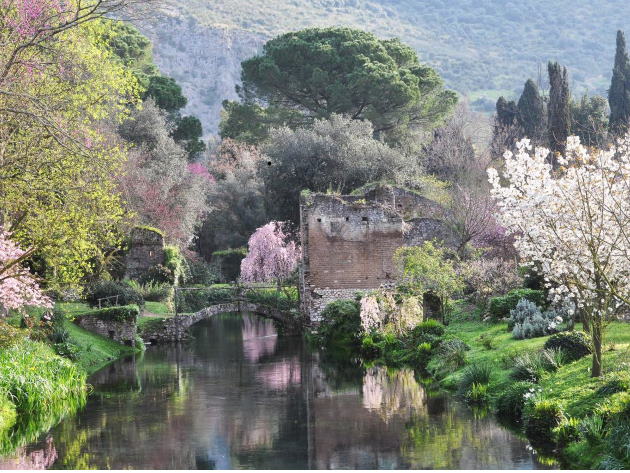 The most romantic garden in the world according to the New York Times, built on the ruins of the ancient medieval town of the same name exactly a century ago by the Caetani family, publishes the opening dates for 2021 in view of the new season.

From Sunday 21 March, the first day of spring, until 1 November, on Saturdays and Sundays it will be possible to walk in the approximately eight hectares of this fabulous microcosm, one of the wonders of the Italian landscape heritage, and be amazed by its endless beauty and the silence of nature. Cherry and ornamental apple trees that bloom spectacularly in spring, magnolias, birches, climbing hydrangeas and irises are just some of the 1,300 species from all over the world housed in the garden, dotted with streams and ponds and enlivened by the chirping of an infinite variety of birds. Plants and flowers also climb on the ancient walls, further enhancing the charm of the ruins left to testify the millennial past of the town, besieged, sacked and razed to the ground in 1380 and never rebuilt.

In order to preserve its delicate environmental balance and biodiversity, openings to the public are limited and entry is regulated by guided tours. The calendar can be consulted on the official website of the garden, which already offers the possibility to purchase tickets for individuals, families and groups – refundable in the event of new restrictions due to emergency measures – by choosing a time slot. 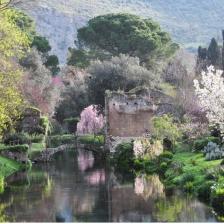