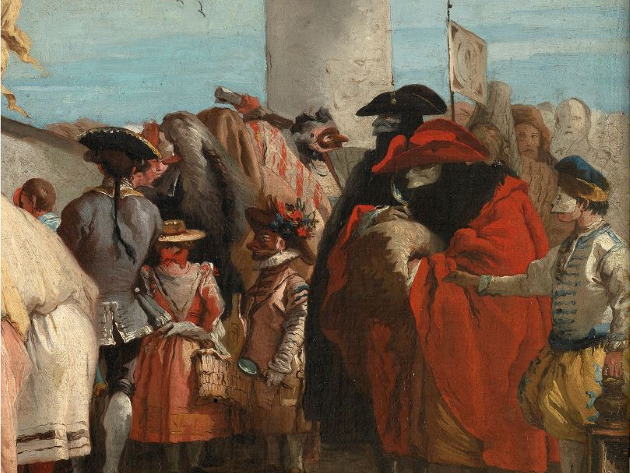 25 masterpieces, coming both from the Gallerie Nazionali and from important Italian and European museums (including the National Gallery in London, the Prado Museum in Madrid, the Rijksmuseum in Amsterdam, the Uffizi Gallery in Florence), to explore the centrality of the spectators in painting between the sixteenth and eighteenth centuries and the ways in which images “include” them within their narrative, affective and symbolic dynamic.

Painting does not just present us with something to see, but asks us to reflect on what we look at: in a game of allusions, seduction and irony, to the spectators, involved in the space and in the story told by the works sometimes through inventions and figurative inventions by the artists, it is required not to be mere observers but participating accomplices, that is, to play the game of images.

The exhibition is divided into five sections, with works by Memling, Poussin, Rembradt, Savoldo, Tiepolo and many more. In the first section, “The threshold”, windows, frames, and curtains invite us to cross the border that separates our world from that of the picture, as happens in Rembrandt’s Girl in a Frame, which seems to await us beyond the image . In the next section, “The appeal”, the works openly address the viewer and demand his attention. In the two central sections, “The indiscreet” and “The accomplice”, the observer's involvement becomes more subtle, allusive, secretive and even embarrassing. The exhibition concludes with the section dedicated to “Voyeur”, in which the erotic and ambiguous dimension of the relationship between image and gaze is finally revealed.

Until the museums’ reopening a dossier and a video story by the curator are available on the website, while the social channels publish every Friday posts on both the various sections and the individual works.